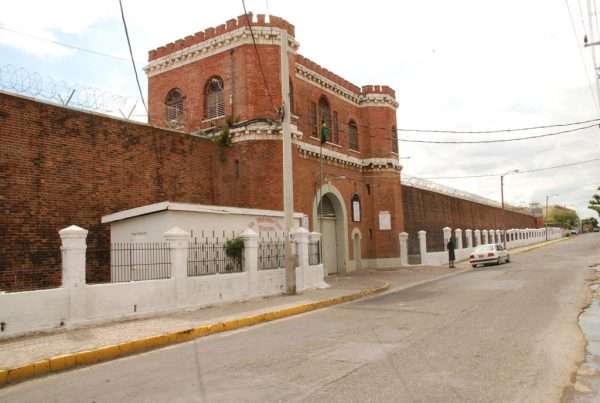 Scores of inmates at the Tower Street Adult Correctional Centre are participating in the second day of a hunger strike, following the death of one of them last Saturday.

One inmate who spoke to our news centre, on condition that we protect his identity, says they’ve been subject to numerous abuses at the hands of Correctional Officers.

Jack’s also calling for an independent investigative body to be permanently posted at the Correctional Centre.

INDECOM’s launched an investigation into the death of Darren Brown, on the weekend at the Tower Street Adult Correctional Centre.

An incident between Brown and a Correctional Officer reportedly resulted in Brown being hit in the head with a baton.

He reportedly fell down a staircase. He was later pronounced dead at the Kingston Public Hospital.

Jack says he witnessed the incident which led to Brown’s death.

Jack’s alleging it’s not the first time the Correctional Officer in question has been involved in the unprovoked, abuse of an inmate.

Jack’s appealing for the humane treatment of inmates.

He’s also calling for an independent body to occupy a permanent post at the facility.

Acting Director of Corporate Communication at the Department of Correctional Services, DCS, Santana Salmon, is dismissing claims of a hunger strike at the Tower Street Adult Correctional Centre.

This follows reports that an inmate, Darren Brown, died after being struck by a correctional officer during an altercation on the weekend.

Ms. Salmon says there’s little she could share, as the incident is being investigated by the police and the Independent Commission of Investigations, INDECOM.

She describes the situation as relatively calm, explaining that the Superintendent in charge is facilitating conversations with inmates.