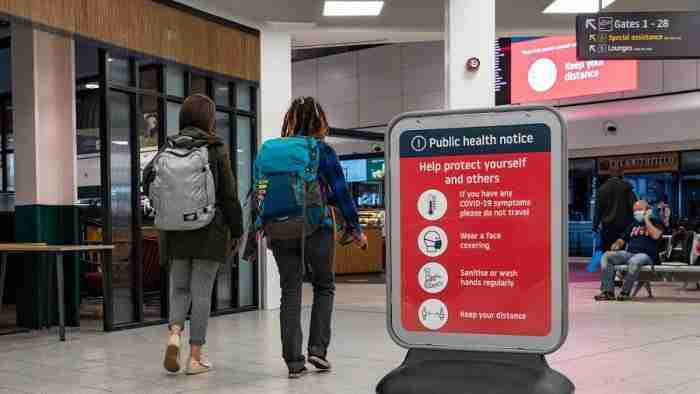 One UK Travel expert is arguing that Jamaica should be placed on his country’s Green List which signifies it’s safe to travel.

This comes as a review of Jamaica’s position is expected within weeks.

According to the publication the Daily Mail, the PC Agency, Chief Executive Officer, Paul Charles, says popular holiday destinations including Jamaica, Barbados and Malta should be immediately moved onto the UK’s green list.

The UK government gives a traffic light ranking to each country, with Green meaning safe to travel.

Jamaica is currently on the Amber List, which places restrictions on UK citizens returning from Jamaica to include taking a COVID-19 test and a 10 day quarantine.

The status could have a negative impact on tourism arrivals from what is one of Jamaica’s main source markets.

Mr. Charles says countries are placed on his unofficial green list based on the infection rates and the percentage of the population who have been vaccinated.

Jamaica is currently ranked third among the destinations he highlights as safe for travel behind the Canary Islands and Finland.

He says his benchmarks are based on knowledge gathered from official sources both in the UK and other countries.’

Jamaica is actively seeking a review of its Amber status from the British Government.

An updated list is expected to be published on June 7.

Senior Strategist in the Ministry of Tourism, Delano Seiveright, is welcoming the opinion of Mr. Charles.

Mr. Seiveright warns that Jamaica’s rating may remain amber as a result of the lack of access to doses of COVID-19 vaccines.

However, he believes even if the country remains on the Amber List the country could see significant tourism from the United Kingdom.