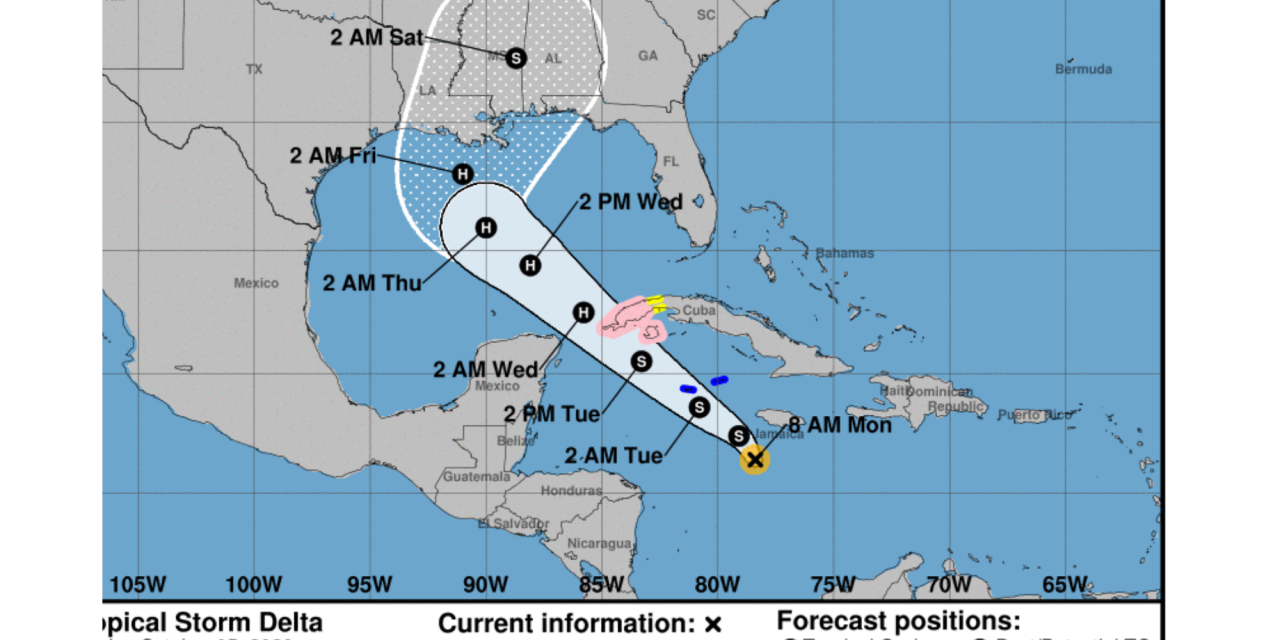 Tropical Depression 26, which was affecting the island, has been upgraded to a Tropical Storm.

Delta is expected to continue to push west-northwestward over the next several days, and conditions are expected to become more conducive for intensification.

The National Hurricane Center is forecasting Delta to become a hurricane as soon as Tuesday when it moves near western Cuba.

Delta could interact with Tropical Storm Gamma for a period of time later Tuesday through Wednesday as it tracks into the Gulf of Mexico.

That interaction might have some effect on the future track and intensity of Delta, however, details are uncertain.

Forecast guidance shows that Delta will eventually turn more northward toward the U.S. Gulf Coast late in the week.

Delta is expected to be a Category 1 or 2 hurricane when it nears the U.S. Gulf Coast sometime later Thursday through Friday.

However, the intensified forecast is still uncertain since this system could face increasingly unfavorable upper-level winds and cooler waters as it draws closer to the U.S.

The island remains under a flash flood warning until 5 this evening.