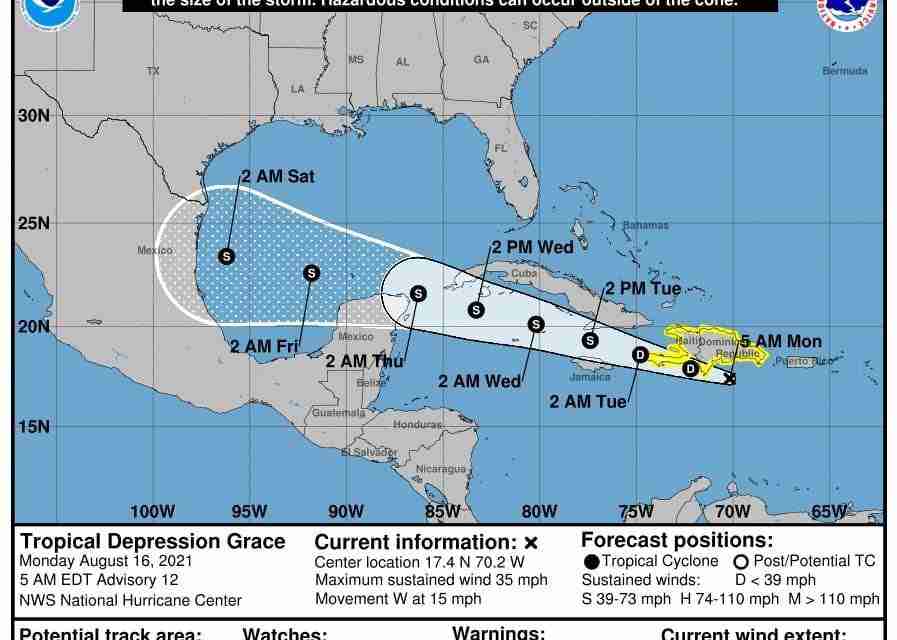 The Meteorological Service says a Tropical Storm Watch has been issued for Jamaica.

The advisory was issued as Tropical Depression Grace is expected to move close to Jamaica on Tuesday, August 17.

The Met Service says rainfall should begin affecting the island by tonight, as Grace passes to the north of Jamaica.

According to the Met Service, Grace is now forecast to move close to Jamaica on Tuesday and Bulletins are being issued due to the increased threat.

The Met Service says associated rainfall should start to affect the island by Monday night before Grace passes to the north.

The system is forecast to dump 5 to 10 inches of rain on parts of Hispaniola with some areas seeing isolated amounts of 15 inches.

The weather comes as Haiti recovers from Saturday’s 7.2-magnitude earthquake, which killed over 1,200 people.

The hurricane center said the heavy rainfall could lead to flash and urban flooding, and possible mudslides, but it’s unclear how this will affect recovery efforts.

At 8 a.m. ET, Grace was about 125 miles southeast of Port-au-Prince with maximum sustained winds of 35 mph. It was moving west at 15 mph.