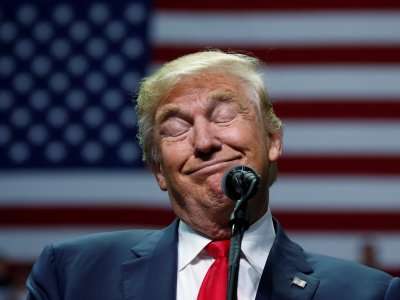 Donald Trump has been elected the 45th President of the United States.

The Real Estate Mogul and business tycoon, who has never held political office in the US, has so far secured 289 electoral college votes.

A minimum of 270 is required to secure the Presidency.

The Democratic candidate, Hillary Clinton, has so far secured 218 electoral votes. Results from some states are not yet in.

The Republican Party has also retained control of both houses of Congress.

Taking the stage shortly before 3 this morning, Trump pledged to be a President for all Americans.