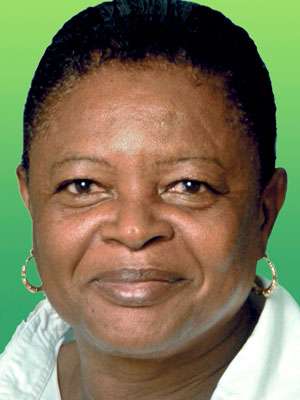 She’s been identified as Taysha Hughes, a student at Holy Family Primary and Infant School.

A man, believed to be a gangster, was also killed in that incident.

And four people, including a 12-year-old boy, were injured as gunshots rang out in Central Kingston last night.

It marked a second straight night of bloodletting in capital city, Kingston.

Police say Taysha was standing with three men on Fleet Street in Kingston Central, about 10 o’clock last night when gunmen approached them and opened fire.

The police say they believe Allen was a gunman. They say he was wearing a black hoodie and a mask.

Three other men who were shot were taken to the hospital. They’re said to be in stable condition.

Councilor for the Rae Town Division, the JLP’s Rosalie Hamilton, spoke with Nationwide News this morning.

When we asked Councillor Hamilton whether she thought Taysha’s killing was linked to a murder almost two-and-a-half hours before, she said ‘yes’.

In the earlier incident, a man, Nicholas Malcolm, who’s said to be a ‘don’ in the Spoilers community in downtown, Kingston was shot and killed on Wildman Street.

Reports are that Malcolm and a group of men were standing on the road when a white station wagon drove up.

The police say a man with a rifle got out of the vehicle and opened fire, hitting Malcolm.

A 12-year-old boy was grazed by a bullet in that incident. They were both taken to hospital, where Malcolm died.