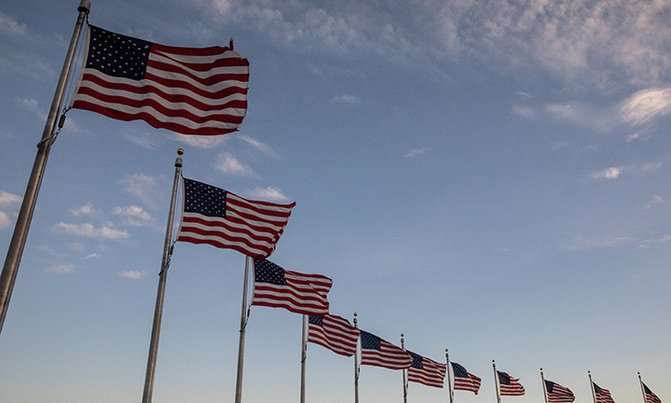 The first exit polls in the US Presidential elections are due out any minute now.

However, millions of Americans are still voting coast to coast in the most consequential election in modern US history.

President Donald Trump is expressing confidence that he’ll be re-elected.

In his only appearance in mainstream media on Election Day, Mr. Trump spoke with Fox and Friends.

His rival, Joe Biden was also spotted in his first appearance visiting a church for morning prayers in his home town, Scranton in the battleground state of Pennsylvania.

Later today, both candidates have election plans with Trump expected to be based in Virginia and Biden in Pennsylvania.

Tonight both Trump and Biden will be battling for 270 electoral college votes to win. And it will come down to who wins the popular vote in 14 so-called battle ground states.

The biggest of which are Florida, Pennsylvania, Michigan, Wisconsin, and Ohio.

Donald Trump, 74, is seeking to avoid becoming the first incumbent president to lose a re-election fight since George HW Bush in 1992.

National polls show Democratic candidate Joe Biden, 77, with a broad lead, but the race is close in key battleground states needed to win the presidency.

Record early voting has been fuelled by the COVID-19 pandemic and the US is on course for its highest electoral turnout in more than a century.

Millions of Americans are heading to the polls in person today, adding their ballots to the more than 99 million already cast by early voters.

CNN is also reporting that already six states have exceeded its 2016 total votes.

Mr. Trump while speaking on Fox and Friends this morning via phone expressed that he had a solid chance of winning.

Meanwhile, Mr. Biden started out Election Day with a visit to church and the grave of his late son, Beau.

He also visited his childhood home where he wrote on the wall ‘From this house to the Whitehouse.’

In the meantime…White House Correspondent at NBC News, Kristen Walker has the latest on both Trump and Biden’s agenda for the rest of the day.

Immigration attorney, Opal Lee says a close election result in the US Presidential race could be contested in the courts.

The last time this happened was 20 years ago in 2000 after the highly contested Al Gore versus George W. Bush race.

The presidential race was so close that manual recounts were ordered in Florida. Then cancelled.

At that time, there were punch-card ballots that had been marked incorrectly, or not at all.

This time, there’ve already been several legal challenges in some states in relation to mail in ballots.

Ms. Lee says as at November 1 there’ve been 3-hundred and 26 incomplete or rejected ballots.

But she says persons who opted to mail in their ballots have until November 5 to submit a Cure Affidavit.

Ms. Lee says as of November 1, about 85 of the 3-hundred and 26 persons with incomplete or rejected ballots had already submitted a Cure Affidavit.

Persons can check online to see if their mail-in ballot has been rejected or accepted.

Meanwhile, she says a tight contest is underway among the Democrats and Republicans in the battleground state of Florida.

Ms. Lee also says it could be weeks before all votes are counted.