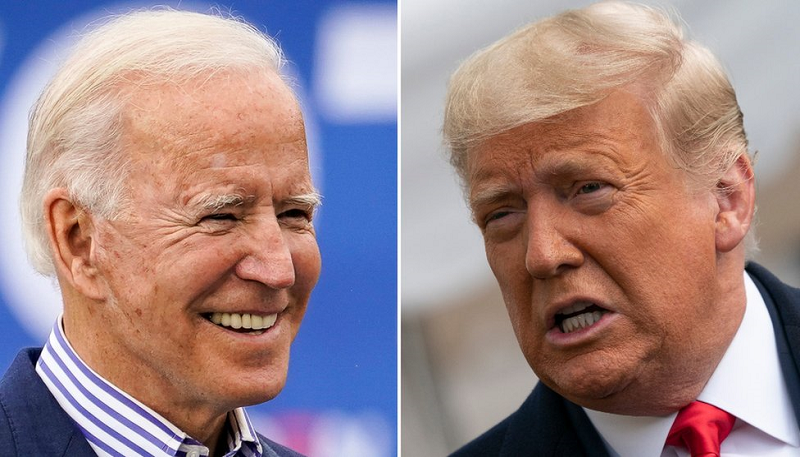 US Democratic candidate Joe Biden is now leading in four key states as America and the world continues to observe keenly a very tight battle for the Presidency of the United States.

Mr. Biden has flipped the lead in one of the key states Michigan that was secured by President Donald Trump in the 2016 elections.

US Media are reporting it could take days to conclude counting in the election they say is still too close to call.

Biden is leading in all those states except Pennsylvania, where Trump is leading by nearly 600-thousand votes.

Election officials in each state are urging voters to remain calm and allow all ballots to be counted.

NBC’s Tom Castelo outlined the task faced by electoral workers in some of the key states yet to be declared.

So far, Biden has 224 of the 270 electoral college votes needed to win the election.

President Trump held on to Florida, a key state that the Democrats were seeking to flip.

He seized on the win, falsely declaring victory at the polls.

On Twitter This Morning, he posted that his early leads are magically disappearing, and baselessly claimed surprised ballot dumps are being counted.

In the meantime, Assistant Professor of Politics and Policy Studies at Elon University in North Carolina, Dr. Damion Blake, says pollsters and the media underestimated President Trump’s ability to pull out voters.

He says pollsters must now re-examine and adjust how they conduct surveys.

And Political economist at the University of Cambridge and a Senior Fellow at the Johannesburg Institute for Advanced Study, Professor John Rapley says a close election is advantageous to US international relations.

Professor John Rapley, Political economist at the University of Cambridge and a Senior Fellow at the Johannesburg Institute for Advanced Study.