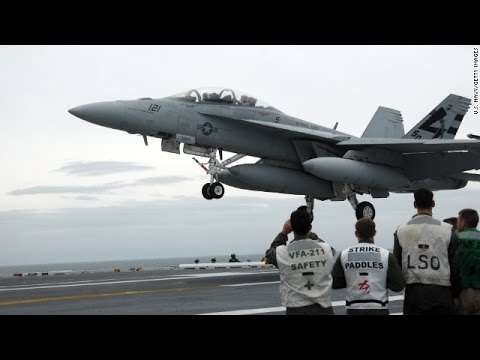 The US has launched two additional air strikes against militants from the Islamic State, IS, group in northern Iraq.

US drones and Navy fighter jets attacked targets near the city of Irbil – a similar location to the first strike earlier today.

The Sunni Muslim group IS, has taken control of parts of Iraq and Syria.

Tens of thousands of people from minority groups have fled their homes due to the militants’ advance.

These air strikes are the first time the US has been directly involved in a military operation in Iraq since American troops withdrew in late 2011.

According to the Pentagon, in the second wave of strikes, US drones destroyed a mortar position and killed a group of militants.

Then just over an hour later, F/A-18 jets used laser-guided bombs to hit a seven-vehicle convoy of IS vehicles.