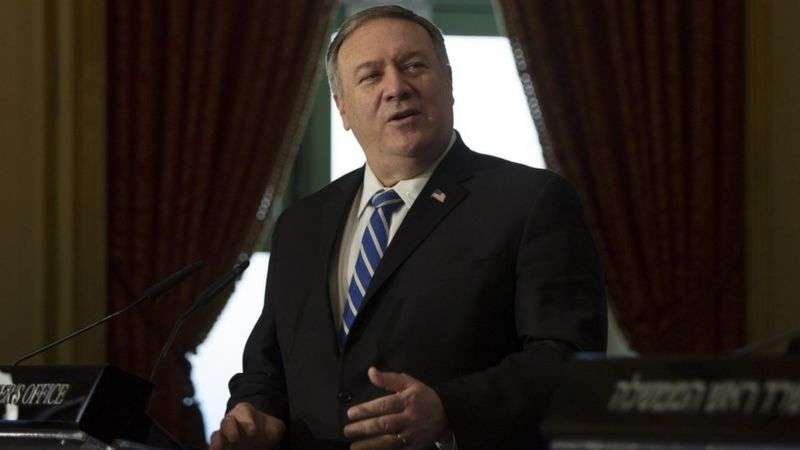 Secretary of State Mike Pompeo is touring a Jewish settlement in the Israeli-occupied West Bank, marking the first such visit by a top US official.

The trip comes a year after Mr Pompeo said the settlements did not contradict international law, reversing a long-held US position.

The declaration outraged Palestinians, who oppose settlements on land they claim for a future independent state.

Mr Pompeo will later pay a similar visit to the occupied Golan Heights.

President Donald Trump last year officially recognised Israeli sovereignty over the strategic plateau, which Israel seized from Syria in the 1967 Middle East war and annexed in 1981.