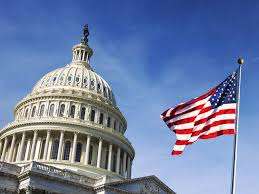 The United States Senate has approved Legislation granting US officials the power to prosecute individuals responsible for doping conspiracies at international sporting competitions.

The Rod-chenkov Anti-Doping Act — named after whistleblower Grigory Rodchenkov who lifted the lid on the Russia doping scandal in 2016 — had already been passed by the US House of Representatives in 2019.

The legislation, which is set to be signed into law by President Donald Trump, allows the United States to seek prosecution for doping conspirators in competitions involving American athletes, with fines of up to 1-million US dollars and prison sentences of up to 10 years.

The law targets the entourages of athletes — coaches, agents, dealers, managers and sports or government officials — rather than athletes themselves, who are already subject to sanctions by the World Anti-Doping Agency, WADA.

The legislation has become a bone of contention between WADA and US officials.

WADA has expressed concern over the law, warning it could lead to overlapping laws in different jurisdictions that weaken the principle of having one set of rules for all athletes around the world.