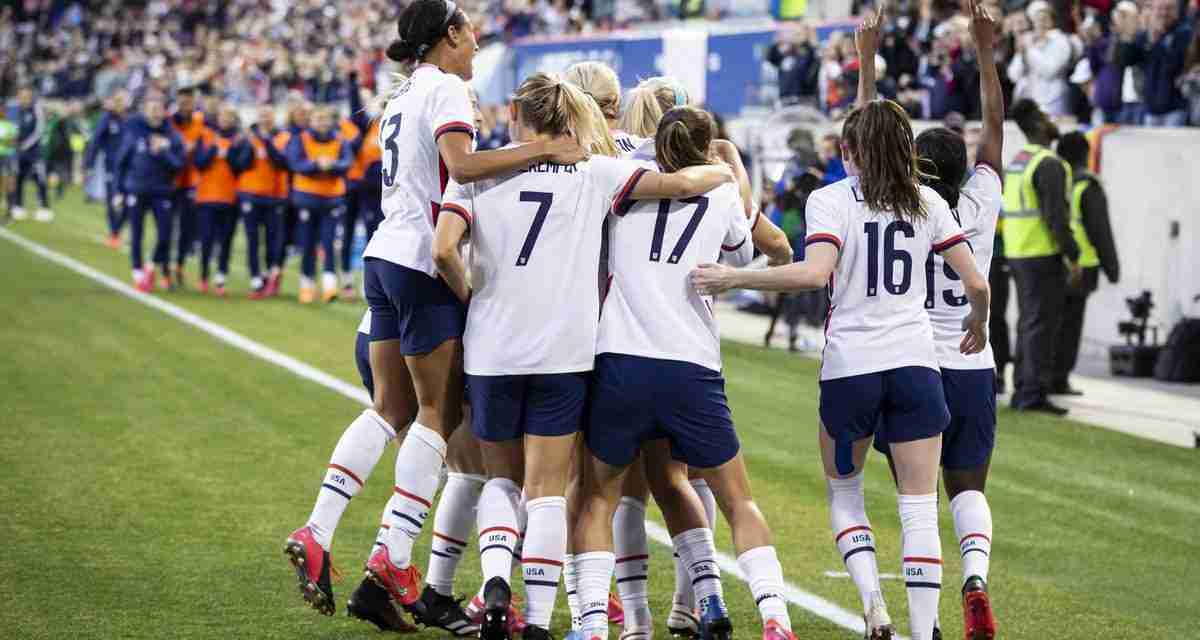 The U.S. Soccer Federation announced it has offered identical contracts to both the men’s and women’s teams.

The move comes amid an ongoing fight by players on the U.S. women’s national team for equal pay.

Now, the U.S. Soccer Federation is aiming to align the men’s and women’s senior national teams “under a single collective bargaining agreement structure,” and will give both teams the same pay structure.

This proposal will ensure that USWNT and USMNT players remain among the highest paid senior national team players in the world.

It will also provide a revenue sharing structure that would allow all parties to begin anew and share collectively in the opportunity that combined investment in the future of U.S. Soccer will deliver over the course of a new CBA.

Women’s national team players had sued the federation for equal pay and equal working conditions in 2019, but some of their claims were dismissed in May 2020.

The players are appealing the judge’s decision on the equal pay claim, which was dismissed because the women’s national team previously “rejected an offer to be paid under the same pay-to-play structure” as the men’s national team.

In the announcement about the new contract offer, U.S. Soccer also said players and the Players Association should join them in finding a way for the men’s and women’s teams to share FIFA World Cup prize money.

The USWNT team has won four World Cups — more than any women’s soccer team in the world.

The men’s team has won none.

In the 2018 World Cup, participating men’s teams were awarded a total of US $400 million in prize money. France’s men’s team won, earning $38 million US dollars.

But for the 2019 World Cup, the 24 participating women’s teams were awarded a total of US $30 million.

The USWNT got US $4 million for winning that tournament.

FIFA president Gianni Infantino proposed increasing the prize pool for the 2022 women’s World Cup to $60 million, the men’s tournament’s prize total is set to be increased to US $440 million.