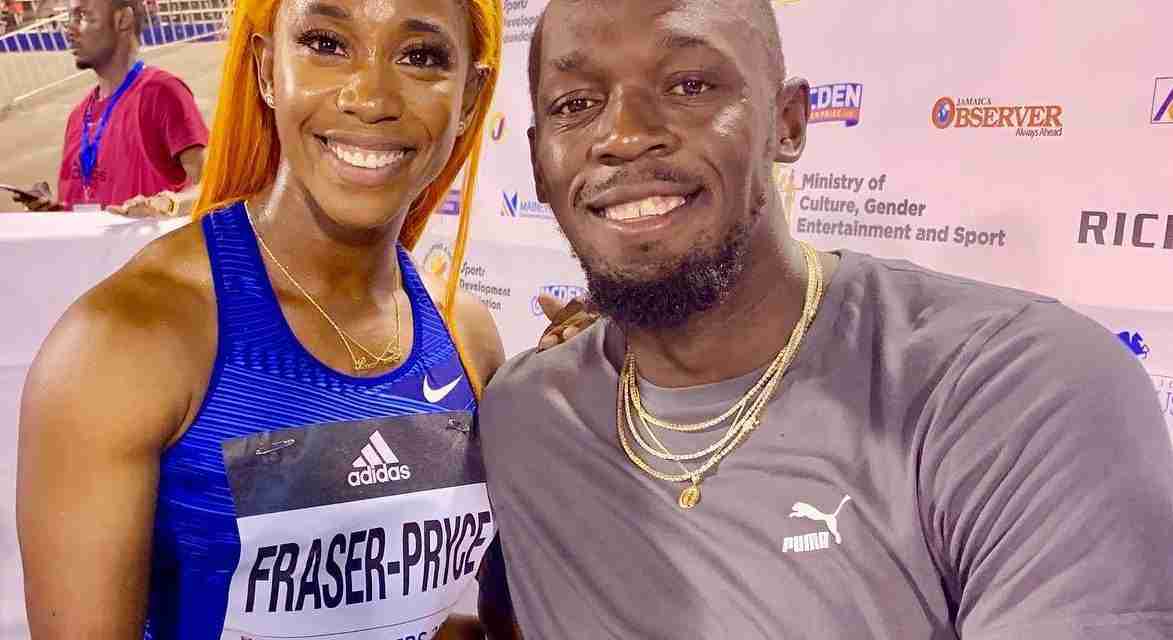 Sprint legend Usain Bolt is backing Shelly-Ann Fraser-Pryce to win the women’s 100-metres final at the Tokyo Olympics, which starts on July 23.

Fraser-Pryce, Shericka Jackson and Elaine Thompson-Herah are the Jamaicans who will line up in the event in Tokyo.

This will be Fraser Pryce’s 4th Olympic appearance. She won 100m gold in her first Olympics in 2008 in Beijing and repeated in at the London 2012 Olympics, before taking the bronze in Rio in 2016.

Speaking on beIN Sports, Bolt, who himself has three 100-metres Olympic titles, says it would be an honour to have the ‘Pocket Rocket’ join him in the triple gold medal club.

Fraser-Pryce, Jackson and Thompson-Herah will also contest the women’s 200-metres.

Meanwhile, Bolt says he is disappointed by what he thinks is the poor quality in the men sprinters who will wear the black, green and gold at the Games.

In the men’s 100-metres, Jamaica will be represented by Tyquendo Tracey, Oblique Seville and Yohan Blake.

While Rasheed Dwyer, Julian Forte and Blake are the country’s representatives in the men’s 200-metres.

Bolt says after the golden era, which he led, the up and coming sprinters should be more than motivated to continue the legacy.