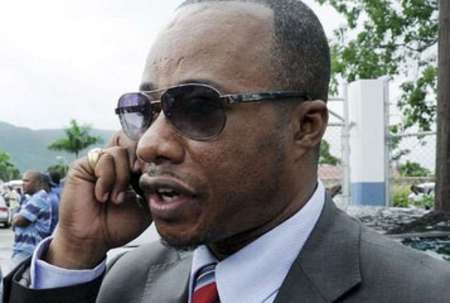 General Secretary of the National Workers’ Union, Granville Valentine, is hitting back against criticisms of the Union’s delegates list to be used in the upcoming presidential elections in the Peoples’ National Party, PNP.

On September 7, delegates of the 81-year-old political organization will vote to decide if Dr. Peter Phillips will continue to lead the PNP or if his challenger, Peter Bunting, will be the party’s new president.

The NWU’s delegates’ list came under fire over the weekend with some arguing it’s being deliberately tailored to benefit one candidate.

But, Mr. Valentine says he’s certain the list provided can stand up to scrutiny.

Mr. Valentine is expressing some annoyance with those who’ve decided to question the validity of the delegates’ list provided by the NWU to the PNP’s secretariat.

The NWU’s delegates list alongside others provided by PNP affiliate groups are being scrutinized due to partiality concerns.

But, Mr. Valentine says if there’s a concern it must be raised and treated with internally.

He says no current member of the NWU has raised an issue.

One of the persons identified as problematic on the NWU’s delegates’ list is former West St. Mary MP, Jolyan Silvera.

Mr. Silvera says he became a direct member of the Union in 2018.

This was confirmed by Mr. Valentine who says length of service while a factor is not a disqualifying criterion.

Both Mr. Valentine and Mr. Silvera have come out in support of PNP Presidential challenger, Peter Bunting.