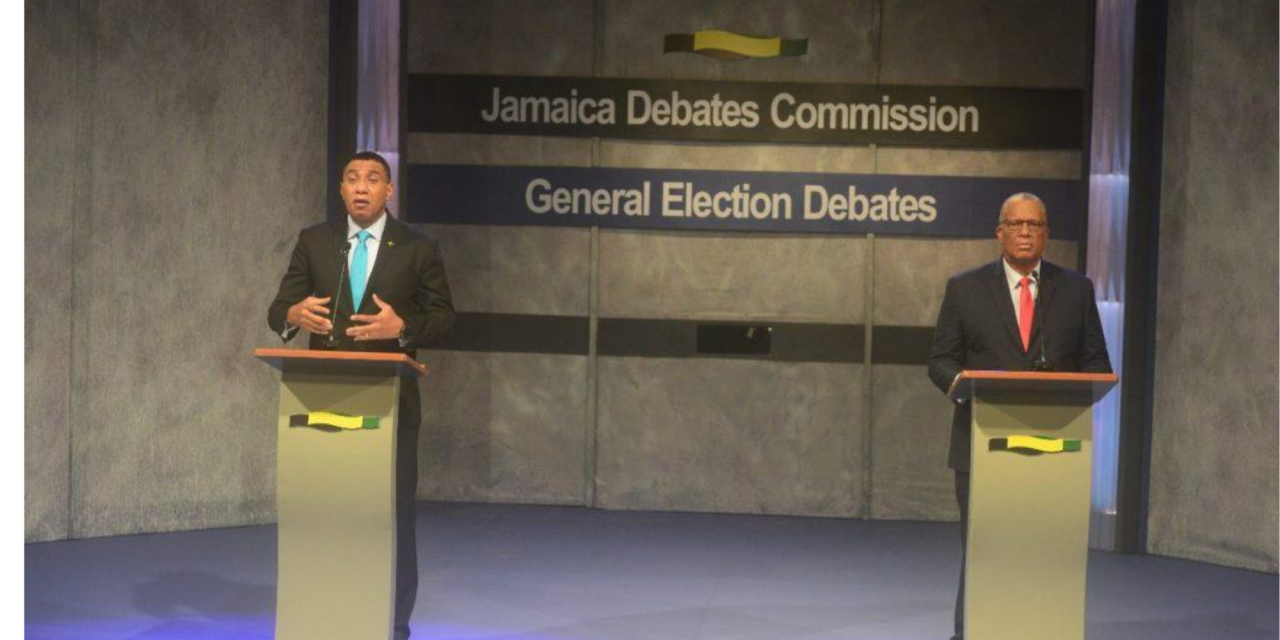 Leader of the Jamaica Labour Party, Andrew Holness and President of the People’s National Party, Dr. Peter Phillips took to the debate stage Saturday to try and convince the Jamaican people to vote for their respective party’s come this Thursday, September 3.

Prime Minister Andrew Holness, in his opening remarks, presented a case of strong achievement and called on Jamaicans to allow the JLP to continue its record of performance.

However, Opposition Leader, Dr. Peter Phillips, painted a far bleaker picture of stagnant growth under the JLP, requiring what he believes is the far more capable hands of the PNP.

During the Leadership Debate, the Prime Minister was called on to defend his decision to announce the date of the upcoming General Elections, given the country’s COVID-19 numbers at the time.

He pointed to the government’s internationally acclaimed management of the COVID-19 crisis.

Mr. Holness also noted that the time within which the elections are constitutionally due falls short of the two year duration the pandemic is expected to run.

He also slammed his opponent Dr. Phillips for failing to act on key issues despite serving decades in government.

Dr. Phillips was asked whether he was fit to lead the country after a recent cancer diagnosis to which he declared he was healthy, cancer-free and ready to serve the Jamaican people.

The PNP President also slammed Prime Minister Holness for what he describes as his waffling approach to dealing with issues of corruption under his administration.