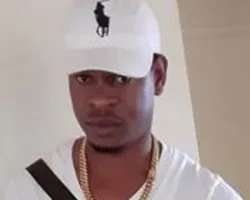 One of Spanish Town’s most wanted men, Rudolph Shaw, is in the custody of the St Catherine North Police.

Nationwide Online understands that Shaw, who goes by the alias, Boxer, was taken into custody by lawmen from St Catherine, following his deportation to Jamaica from the Cayman Islands today.

Law enforcement sources say Shaw is to be questioned in the presence of his attorney in the coming days.

In June, the police named Shaw, along with 10 other men from St Catherine, as wanted.

Shaw, who’s from Homestead in the parish, is wanted for murder and shooting with intent in relation to two incidents committed at 31 St Johns Road in the parish in September 2021 and May 2022.

He is also wanted for the April 2019 murder of Romaine Robinson.

The St Johns Road incidents have been linked to a gang feud. In May, two people were killing and two others left nursing gunshot wounds in incidents considered reprisals. One of the men killed is believed to be the father of an alleged area leader.

The following month, a woman was murdered in the Homestead community. At the time the police indicated to our news centre that the shooting was a reprisal linked to an intra-gang conflict between warring factions of the Homestead Gang. Sources have since indicated the woman is a relative of an alleged gangster.

Shaw is allegedly the leader of the Wildlife Gang, described as one of the main groups involved in a recent flare up of violence in St. Catherine.

The 30-year-old was reportedly the subject of a man hunt by the Joint Anti-Gang Taskforce, but, is believed to have fled Jamaica by boat to the Cayman Islands.

However, he was tracked down by the Royal Cayman Islands Police Service with the help of Jamaican law enforcement.