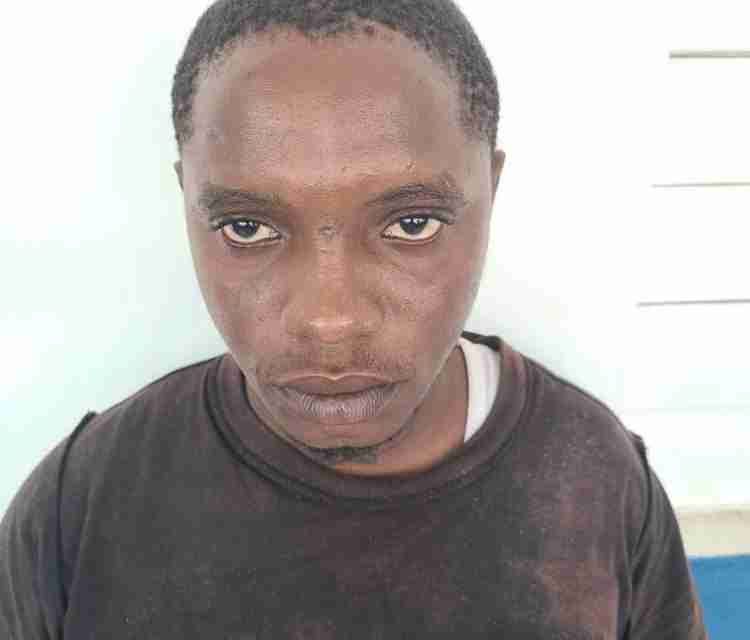 Image: Sonniman Walker in police custody after more than a year on the run.

The Jamaica Constabulary Force, JCF, have taken three wanted men into custody after launching a creative social media campaign to shine the spotlight on criminals.

The campaign is dubbed ‘Wanted Wednesdays’.

The latest success of the initiative saw the apprehension of 21-year-old Sonniman Walker otherwise called Shortman.

Walker has been on the run from the St. James Police for over a year.

He’s the main suspect in the murder of 65-year-old United States national Theodore Walling who was found dead in Montego Bay, St. James in March 2020.

Walker was apprehended during an intelligence-led operation in Rocky Point, Clarendon.

The police believe he was trying to flee the island to Haiti.

Another man who was listed on Wanted Wednesdays, Morris ‘Hussain’ Campbell, turned himself in to the police in the presence of his attorney yesterday.

Campbell was wanted in connection with the murder of Matthew Ranglin committed on January 24, this year in Riverton City.

Campbell was featured on Wanted Wednesdays this week.

In the first week of the social media campaign another wanted man who was featured, Delroy Burkett, otherwise called Little D was captured on May 6.

Burkett was wanted in connection with murder, illegal possession of firearm and ammunition.