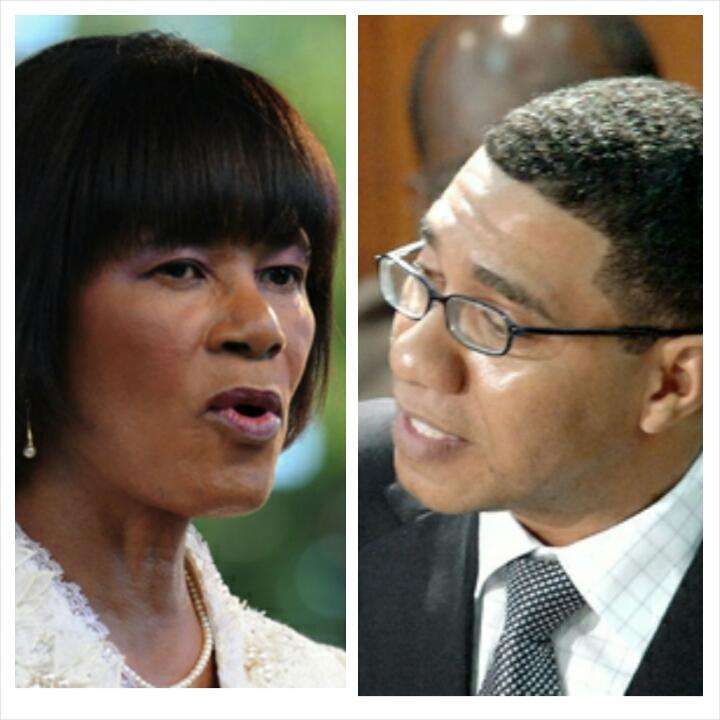 In a swift response, a perturbed Mrs. Simpson Miller says Mr. Holness is not ‘even an empty barrel.

The row between Mr. Holness and Mrs. Simpson Miller is getting nasty!

He says he’s not interested in rhetoric. Instead, challenging her to outline what tangible things she’s done to reduce poverty and improve the quality of people’s lives.

She says Mr. Holness has no moral authority to challenge her leadership.

Mrs. Simpson Miller says she’s always been quiet and calm, and tries to help Mr. Holness by not saying anything.

But she’s warning that if Mr. Holness continues to be rude, she’ll always respond.