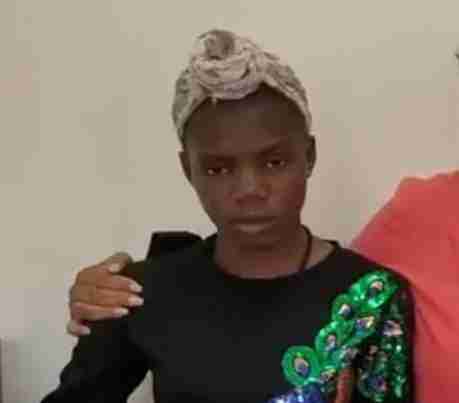 Footage has emerged of the moment 19-year-old Nzinga King was taken into custody at the Four Paths Police Station in Clarendon in July last year.

In addition, the Director of Public Prosecutions, Paula Llewellyn has released witness statement that seem to support her decision not to pursue criminal charges against the police involved in the matter.

In the video, Ms King could be heard hurling expletives at the members of the constabulary in the station before threatening to kill them.

The Director of Public Prosecutions, Paula Llewelyn, has given her legal opinion that the members of the constabulary accused of cutting Ms King’s hair and assaulting her, face no criminal charges.

Though the DPP did leave the door open for potential civil charges.

In her opinion the DPP outlined a series of events leading up to Ms King being taken into custody.

Ms King says on the day she was detained, she was in a taxi when she was pepper sprayed by the police and then detained for breaching the mask regulations of the Disaster Risk Management Act.

Videos seen by our news centre seem to indicate that at no point before or during the altercation was Ms King wearing a mask.

In the DPP’s opinion Ms King reportedly indicated that she was ‘very aggressive’ when she entered the station due to being pepper sprayed by the police.

The DPP also further revealed that at least two people, who were detained with Ms King, indicated that they saw her tearing out her own locks.

A person identified as witness one by the DPP said Ms King ripped out her own hair and said she was keeping them for the police to eat.

Another witness said Ms King plucked her own hair over a two-day period and then proceeded to tie her hair with a cloth.

The DPP said investigators spoke with a witness who identified herself as a school mate of Ms King.

According to the DPP’s opinion the schoolmate said Ms King confided in her that she had cut her own hair because Ms King had suspected that there was fungus in her hair.

The DPP eventually reasoned that there seems to be a credibility issue with Ms King saying the 19-year-old’s statement on several issues were contradictory to evidentiary material on file.