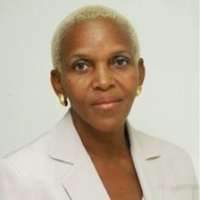 A former PNP Deputy General Secretary, Maureen Webber, says Party President Dr. Peter Phillips’s suggestion that past leaders have been allowed the courtesy to endorse a successor as Member of Parliament is wrong.

Dr. Phillips made the suggestion during a meeting of the PNP’s National Executive Council, NEC, on the weekend.

Miss Webber says the party’s Executive and the NEC, have blundered in supporting a resolution to have Councillors Angela Brown Burke and Audrey Smith Facey vie for the chance to be the party’s standard bearer in South West St. Andrew.

She says any notion that Mrs. Simpson Miller should be allowed to anoint her successor is contrary to what has previously transpired in the PNP.

She says she conducted the selection conference and Mr. Patterson did not take a side in the contest.

According to Miss Webber, three candidates participated in the exercise to determine who would succeed Mr. Patterson as MP and Luther Buchanan emerged the victor.