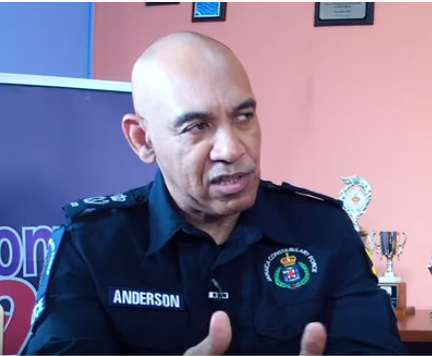 Commissioner of the Jamaica Constabulary Force, JCF, Major General Antony Anderson, is condemning the killing of a policeman in the St. Andrew South police division.

He was rushed to the hospital where he died hours later while receiving treatment.

Constable Francis and a colleague were reportedly responding to a shooting incident when a group of men opened fire on them.

In a statement from the Constabulary’s Corporate Communications Unit today, Commissioner Anderson, says the security forces will not be deterred by criminals.

Commissioner Anderson is calling for support as the security forces tackle the nation’s crime problem.

Constable Francis’ death brings the number of JCF members killed in the line of duty this year to four.

One of the reported shooters, 28-year old Shavaughn Johnson otherwise called ‘Bunwaist’, was shot and killed by the police when they returned fire.

Meanwhile, the Police Federation also condemned the killing of Constable Francis, in a statement, today.