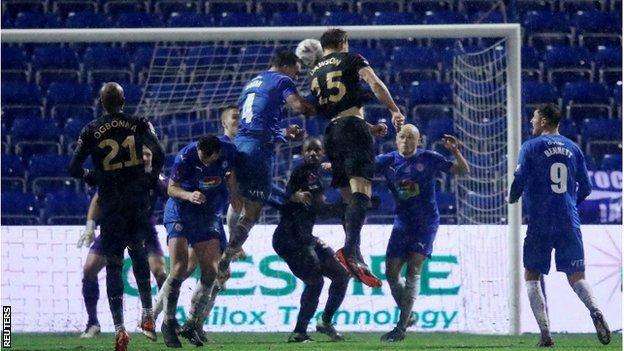 West Ham United are into the fourth round of the English F.A Cup after seeing off fifth tier Stockport County 1-0 at Edgerley Park today

Craig Dawson got the winner in the 83RD minute.

The pick of the fourth round draw which was done today pits Manchester United against Liverpool at Old Trafford.

Holders Arsenal will play away to either Southampton or Shrewsbury, Manchester City will visit Cheltenham, Tottenham away to Wycombe and Chelsea at home to Luton Town.