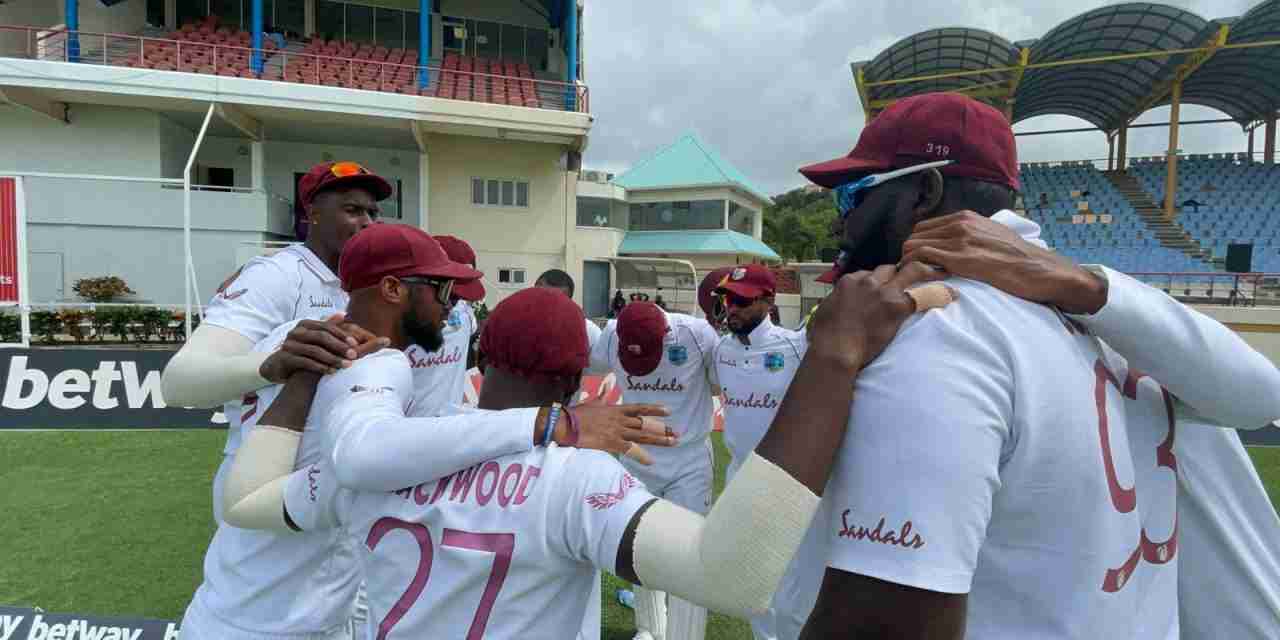 South Africa reached 128 for 4 at stumps on day-1 of the first Test against the West Indies at the Darren Sammy Cricket Ground, in St. Lucia.

West Indies won the toss and elected to bat first, and were blown away for a paltry 97, in an innings that lasted for just 40.5 overs.

Former Captain Jason Holder top scored with 20, with the next best score being 15, scored by Captain Kraigg Braithwaite and Shai Hope

Lungi Ngidi finished with figures of 5 for 19 and he was supported by Anrich {NORKIA} Nortje who took 4 for 35.

Ngidi says he has been working on his game to return to the form he was in on his debut when he took his first 5-wicket haul.

South Africa in reply lost their first wicket without a run on the board, but closed the day with a 31 run lead with 6 first innings wicket intact.

Aiden Markram has top scored so far with 60, while Keegan Petersen made 19.

Rassie van der Dussen 34 and Quinton de Kock 4, are the not out batsmen.

Jayden Seales on his debut bowled impressively and ended the day with 3 for 34 from 11 overs.

Meanwhile, West Indies batsman Nkrumah Bonner has been ruled out of the remainder of the first Betway Test match against South Africa after sustaining a concussion. He has been replaced by left-handed batsman Kieran Powell.

The right-handed Bonner was struck on the helmet whilst batting in the West Indies first innings on Thursday and passed the on-field concussion assessment. He subsequently underwent further medical assessments under the CWI concussion protocols when he came off the field.

Following those medical examinations, he was diagnosed as having a concussion and ICC Match Referee Sir Richie Richardson approved West Indies request for Powell to come into the match as a concussion substitute. As per the ICC match regulations, Powell will be permitted to bat in the West Indies second innings.