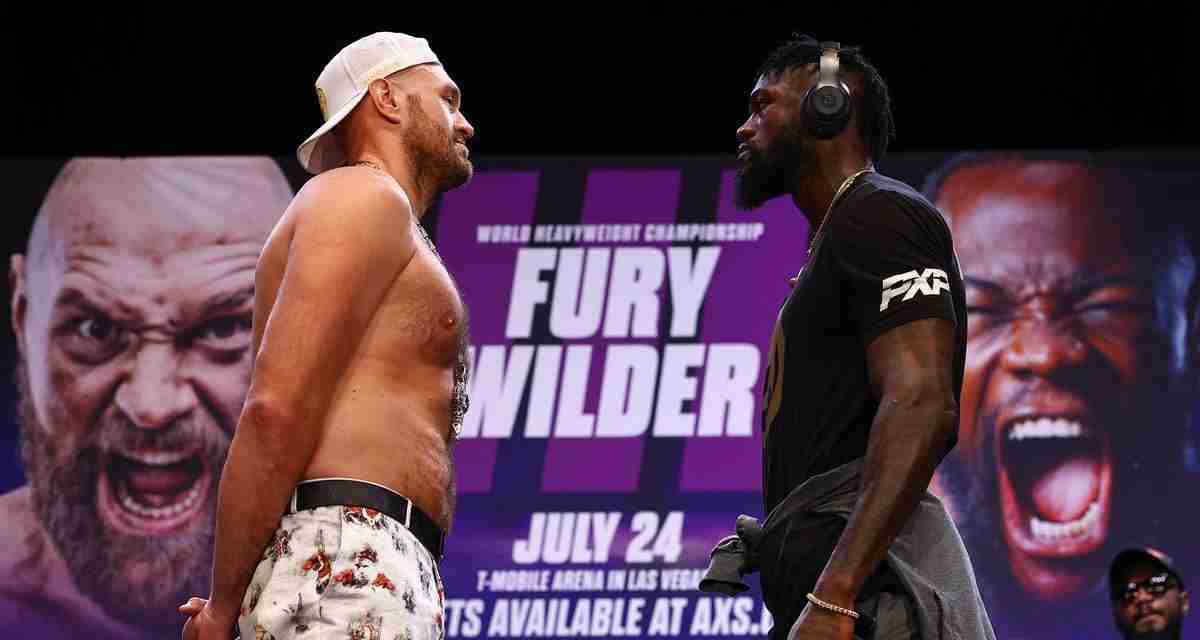 Deontay Wilder has insisted he should be made WBC world champion and given his full pay cheque if Tyson Fury pulls out of their rescheduled trilogy showdown next month.

The two heavyweights will renew their rivalry in Las Vegas on October 9, with Fury making the first defence of the belt he stripped Wilder of over 18 months ago.

Wilder and Fury were originally scheduled to face each other on July 24 but the Brit and several members of his training camp tested positive for Covid-19, causing the fight to be delayed.

The American power puncher claimed he is wary that his British rival may try to evade facing
him and has demanded that he automatically be awarded his WBC belt should he pull out.

Fury, who is hoping to secure an all-British mega fight for all the world heavyweight straps against Anthony Joshua later this year, sent a violent warning to Wilder this week, vowing to ‘splatter’ and knock him out quicker than he did last time.