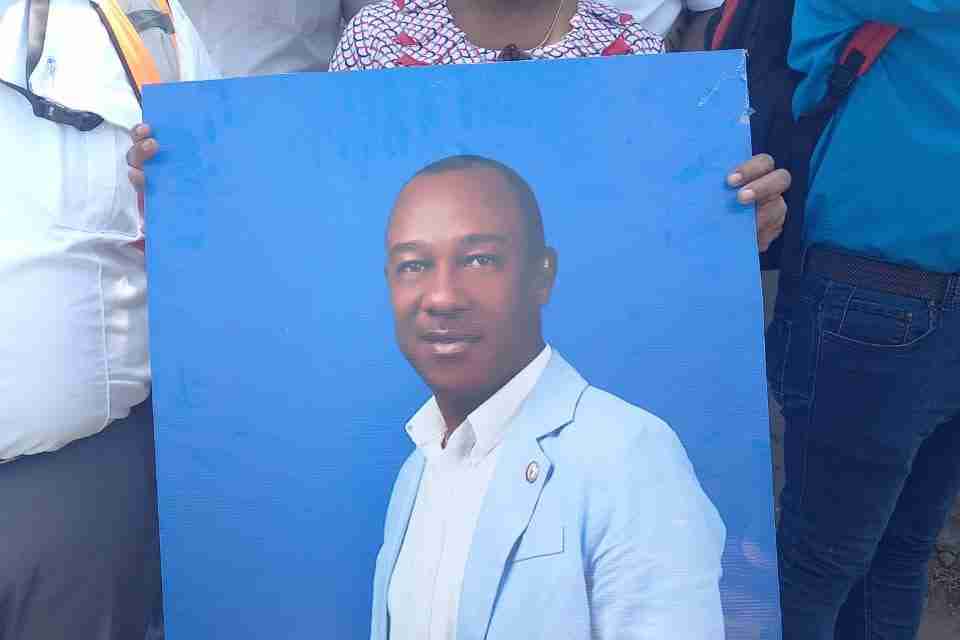 Nationwide News understands that acting-Managing Director of the Transport Authority, Willard Hylton, has decided to continue at the helm of the entity.

Mr. Willard had tendered his resignation earlier this month.

His resignation led to a three-day strike action by workers of the Transport Authority who called for Mr. Hylton’s resignation to be rescinded.

Our news centre understands that Chairman of the Transport Authority, Joseph Shoucair had several meetings with Mr. Hylton about his resignation.

Mr. Hylton addressed the angry staff at a meeting today.

He told them while their approach was wrong, he appreciates the out-pouring of support.

Earlier, workers at the Transport Authority continued their protests by declaring ‘No Hylton! No Work!’ to the company’s senior management on the resignation of acting-Managing Director, Willard Hylton.

Inspectors and supervisors were among the workers who protested this morning at the Authority’s Operations Office on Maxfield Avenue in St. Andrew.

The workers and stakeholders in the transport sector have been calling for Hylton’s resignation to be rescinded with immediate effect.

However, the workers are adamant that he’s going nowhere.

They say the Authority has seen immense progress and positive changes under his leadership.

Area Supervisor, O’Neal Clare, says some employees at the company are not happy with the progress Hylton has made and have set out to disrupt the organisation.

Nationwide News has seen a copy of Hylton’s resignation letter. In it he says his efforts in on-boarding employees to achieve work goals have been met with passive resistance and displeasure by those who do not see the value in doing so.

He added that he has grown extremely disappointed by the poor quality of leadership from the office of the General Manager for Operations.

Those in support of Hylton say they need answers.

Senior Inspector at the Western Office, Griff Morris, says the management is trying to fix what wasn’t broken.

And, Route Inspector at the Southern Regional Office, Ishmael Francis, says they are prepared to stay off the job if Hylton is not brought back.