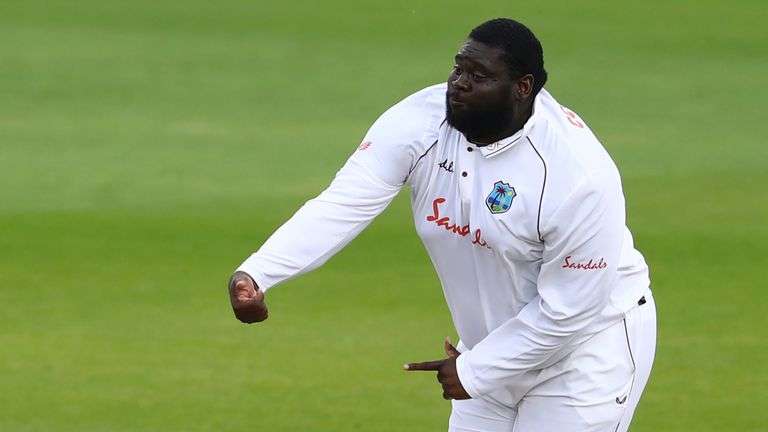 Rahkeem Cornwall is unbeaten on 60 as the West Indies reached 268 for 8 at stumps on day-2 of the first test against Sri Lanka at the Sir Vivian Richards Stadium, in Antigua.

Suranga Lakmal has so far taken five wickets for the Lions.

Yesterday, Sri Lanka were bowled out for 169, with Lahiru Thirimane top scoring with 70, while Niroshan Dickwella made 32.

Cornwall is the first Antiguan to score a half-century at the Sir Vivian Richards Stadium and he says the aim is to push to triple figures.