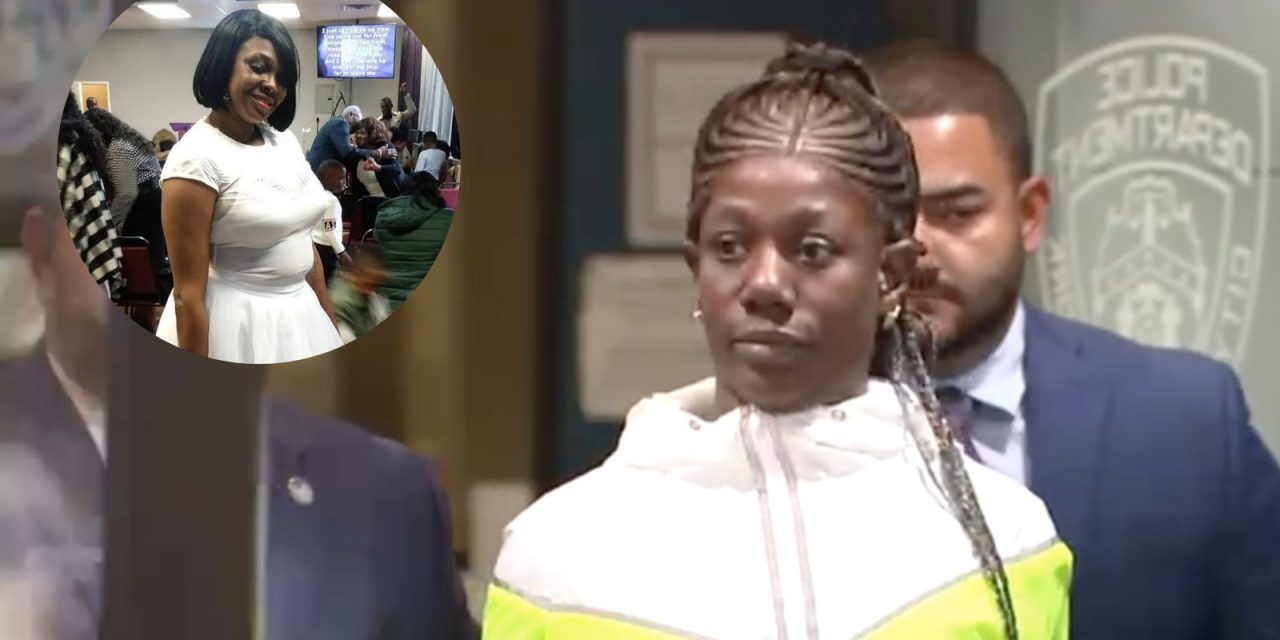 The woman accused of murdering a Jamaican woman who allegedly rode over her foot with a bicycle in a party in East New York has been arrested by the New York Police Department, NYPD.

McLean-Lysius, who is known in the popular New York dancehall community as Tanney, was shot in the head at the party space called Hearts of Love on Liberty Ave. near Williams Ave. in East New York.

Reports indicate that a wild fight between Kirkland and McLean-Lysius erupted around 5:10 a.m. on August 28 after McLean-Lysius rode a bicycle over the accused perpetrator’s foot.

Several videos have since emerged of an ongoing confrontation started outside the club that continued back into the club.

In the first, Lysius is seen outside Hearts of Love on the corner, wearing a long dress and eating from a container, while a woman in a white jumpsuit walks onto the sidewalk. Lysius walks away and the woman in white appears to follow her.

Lysius steps a few feet away again and a moment later, the woman in white takes a last puff off her cigarette and flicks it in Lysius’ direction, where it lands at her feet.

Lysius, who was known as “Tanney Frenchie,” bends, picks it up, and immediately heads back into Hearts of Love. She reemerges with a thick glass bottle, which she bashes on the ground three times in an apparent attempt to break it.

The video also shows the interior wall of Hearts of Love and picks up the sounds of objects being knocked over or breaking.

The screen goes black and only muffled noises are heard in the background until another man is heard saying, “Get help! Get help!”

The second video appears to be surveillance footage from inside Hearts of Love. In it, Lysius falls to the ground and stops moving, while the other woman stands over her for a few seconds before bending to grab something off the ground and running off.

The videos also show the moment McLean-Lysius was shot.

However, the accused continues to maintain that she didn’t commit the crime. In several posts on what’s understood to be Kirkland’s Instagram account, she claimed the videos referenced on the news were doctored.

Kirkland, speaking to the media, while she was being placed in a car by the NYPD, continued to say several videos posted on social media are photoshopped.

Asked by reporters if she has anything to say to the family, Kirkland said she’s sorry for their loss.

The NYPD’s warrant squad arrested Kirkland on Thursday and charged her with murder at the 75th Precinct station house, police said.

McLean-Lysius is a mother of three, one son and two daughters, from the Southside, community in central Kingston.