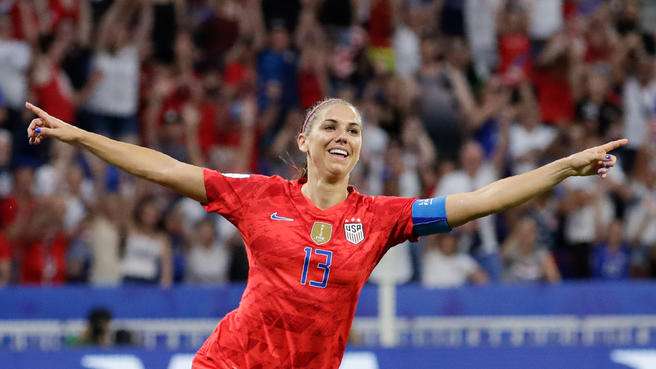 But, the Lionesses will feel aggrieved having a goal ruled out for off-side after a video assistant referee, VAR, review.

Then England were given a VAR-assisted penalty that was saved by the US shot-stopper.

The United States opened the scoring in the 8th minute through forward, Christen Press.

But, the lead lasted only 10 minutes before Ellen White leveled for England.

USA co-captain and birthday girl, Alex Morgan, scored the winner for the Americans in the 31st minute.

The Netherlands and Sweden will face off tomorrow to determine who’ll play the US in Sunday’s final in Lyon.