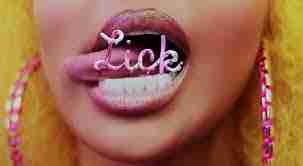 Dancehall Artiste Shenseea and her label Interscope Records are facing a major lawsuit to the tune of US$10-million over the use of elements from the Soca song ‘Work’.

The suit was filed in the US District Court for the Southern District of New York by Anastas Hackett, better known as Pupa Nas-T, who produced and co-wrote ‘Work’, in 1999 with Harkness Taitt.

Hackett resides in Queens, New York and is described as “a well-known artist and music producer in the Caribbean genre of music”.

He has worked with several industry greats such as Dennis Brown, Shabba Ranks and Maxi Priest.

The suit accuses the defendants of “willful copyright infringement for the song Work” that was written, produced and performed by Hackett.

The suit adds that the defendants “copied and exploited, without authorisation, of credit the “Work” composition.

The plaintiff states that ,“In effect, the use of the phrase ‘put your back in it’ is integral to the overall rhythmic feel of the new work and is a continual reminder of its relationship to the original song.”

The plaintiff said he withheld consent for the use of the song due to inadequate terms offered by the defendant.

The lawsuit requested that the plaintiff be awarded damages in excess of US$10-million, including for copyright infringement damages, and maximum statutory damages for willful infringement of $150,000, as well as costs and attorneys’ fees.

The plaintiff is also calling for all copies of the infringing work “Lick” to be removed from all platforms, digital and otherwise.