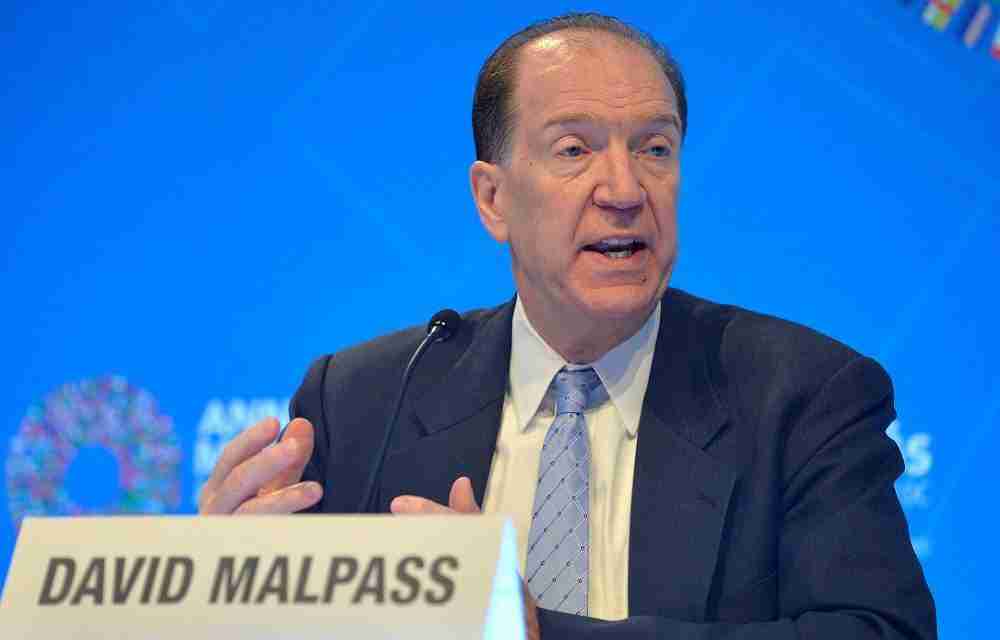 President of the World Bank, David Malpass is urging governments particularly in developing countries not to let up in the fight against inflation.

Addressing the US Chamber of Commerce this week, Malpas says it’s important that all monetary tools are brought to bear as he fears the world will inevitably slip into a recession.

He warns the global outlook for poorer nations is grim.

Malpass says developing countries should brace for what is going to be a challenging time. He says authorities should do all in their power to keep inflation in check.

His comment is further endorsement of the aggressive monetary actions taken by the Bank of Jamaica. The average Jamaican is already feeling the significant pressure caused by inflation in rising fuel and food prices.

In reaction, the BOJ has pushed interest rates up in order to bring inflation down.

But, with a war still raging in one of the key energy producers and bread baskets of the world it’s unlikely that consumers will feel much a reprieve anytime soon.

The central bank, for example, does not expect inflation to fall within normal ranges until June of next year.

However, the BOJ’s actions have been heavily criticised by the private sector which fears it will push the country closer to a recession.

While, BOJ Governor, Richard Byles, feels the bank’s actions are unlikely to result in serious damage to economic growth, Mr. Malpass says as things stand a recession is most likely, particularly in developing nations.

He’s calling for more action from global leaders to increase supply of critical inputs. He says with expectations of worsening conditions it’s important for major producers to signal their intent to ease conditions.