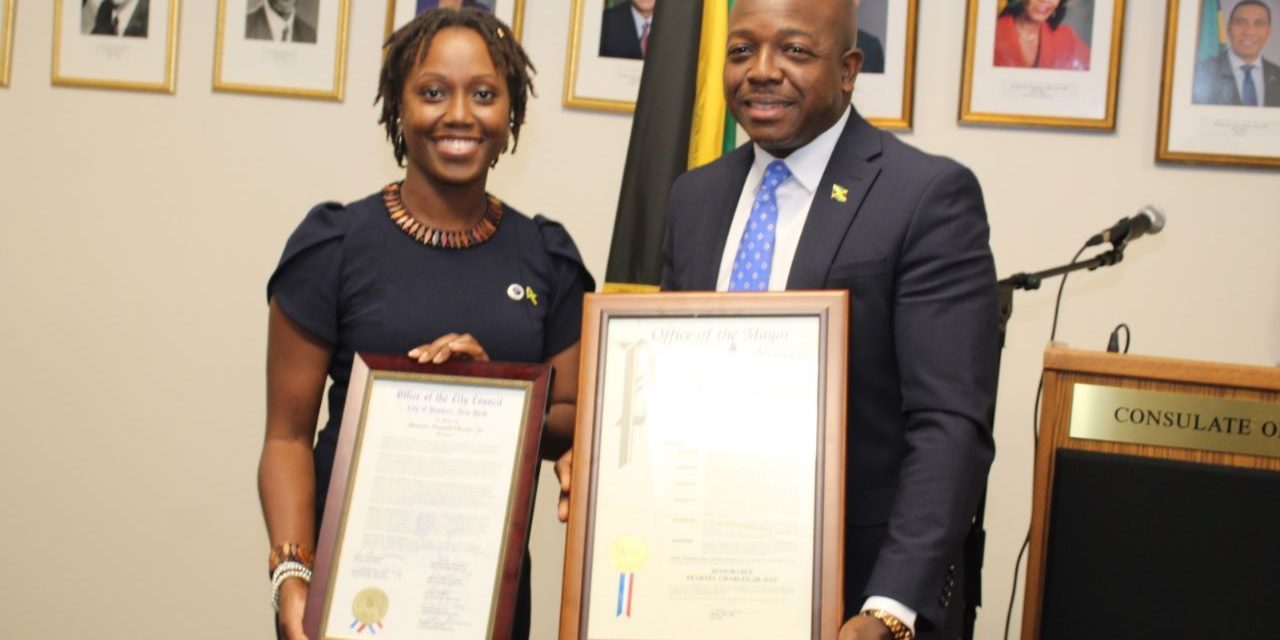 The City of Yonkers in the state of New York, declared November 12, 2022, Pearnel Charles Jr Day.

The revelation was made in a statement from the agriculture ministry.

Charles Jr, Jamaica’s agriculture and fisheries minister, was honoured with the proclamation in recognition for his extensive service and leadership.

The Yonkers City Council recognised Minister Charles Jr as a leader who give his time and expertise through cultural, social or religious works to enriching lives.

“The City of Yonkers raises its voice in tribute to the Honourable Pearnel Charles Jr, an individual who has dedicated his life to public service and we express our gratitude to him for all he has done to make his country a better place for all its residents,” said Yonkers mayor Mike Spano.

The presentation was made during a townhall meeting held at the Jamaican Consulate in New York under the theme ‘Food Security – The Jamaican perspective’.

Minister Charles Jr said, “I am grateful and definitely encouraged to continue to serve our people. I feel blessed and ready to do even more.”

Minister Charles Jr was on an official three-day tour in New York to promote investment opportunities in Jamaica’s agriculture sector and meet with food importers, processors, and consumers.

The tour was organised by publisher of The Agriculturalist, Patrick Maitland, in association with JAMPRO, the Consulate General of Jamaica-NY, Ministry of Agriculture & Fisheries, and Farm Up Jamaica.