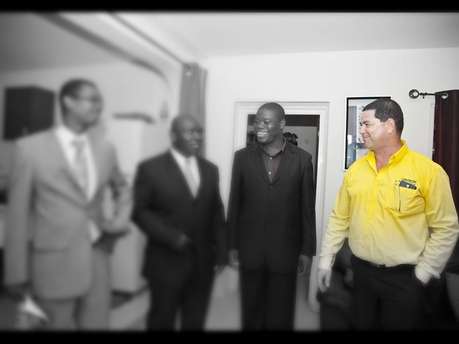 According to an employee, Mr. Moaz left the office in St. Catherine sometime after eight last evening and did not report for work this morning.

Checks were made at his home where he was found dead in his bathroom.

Mr. Moaz, an Israeli national, spent the last 12-years at Ashtrom in Jamaica.

Apart from being the factories manager, he was the owner of the build-on-own-land building systems. He’s credited with building many projects including phase four of the Hellshire housing scheme.

Mr. Moaz was committed to what was seen as an affordable method of building homes.

He told Jamaica about his build-on-own system during an outside broadcast on Nationwide 90FM last year….

He leaves to mourn widow, Vered and four children, and 260 employees.