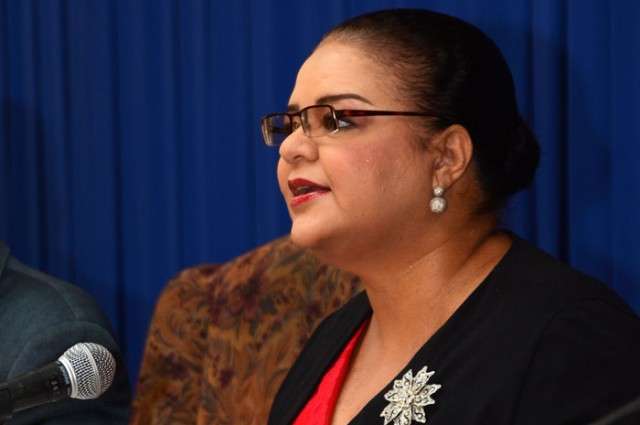 Information Minister Sandrea Falconer, says the issue of the revocation of the United States visa of outgoing Police Commissioner, Owen Ellington, was not discussed at Monday’s Cabinet meeting.

Ms Falconer, who was responding to questions at the weekly post-Cabinet media briefing at Jamaica House, also says the matter is a personal one which Commissioner Ellington should address.

She also urged journalists to be responsible in their reporting on the matter.

Yesterday, both the Commissioner and his attorney refused to comment on word that his United States visa has been revoked.

Their refusal to say definitively whether the Commissioner’s US visa has been revoked follows the announcement of Ellington’s sudden departure from the Constabulary Force.

Nationwide News contacted Commissioner Ellington yesterday and requested his response to information that his US visa has been cancelled.

Given the opportunity to respond, Mr. Ellington sent our correspondence to his lawyer, Howard Mitchell.

The attorney said his client, Owen Ellington is “not at liberty to speak to the issue raised at this time.”

Mitchell did not say when Commissioner Ellington would be at liberty to speak to the issue raised by Nationwide News.