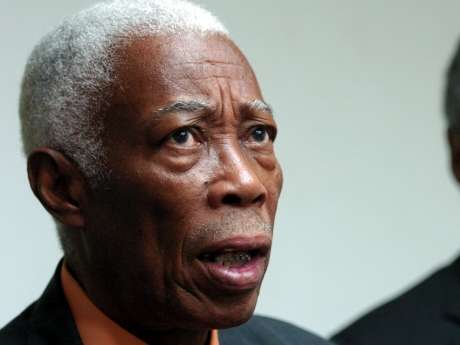 Foreign Affairs Minister, Senator A. J Nicholson, says it could be dangerous for Jamaica to issue a travel advisory for West African countries currently experiencing an outbreak of the Ebola virus.

Opposition Senator, Marlene Malahoo-Forte, asked Minister Nicholson whether the government would be issuing an advisory for Liberia, Sierre Leone and Guinea – the countries worst affected by the worst Ebola outbreak in history.

Speaking in the Senate this morning, Minister Nicholson says an advisory is not needed at this time.

However, Senator Malahoo-Forte was not satisfied with Minister Nicholson’s response and suggested that the government at least consider an advisory for the well-being of Jamaicans.

Senator AJ Nicholson and before him Opposition Senator Marlene Malahoo Forte, speaking this morning in the Senate.