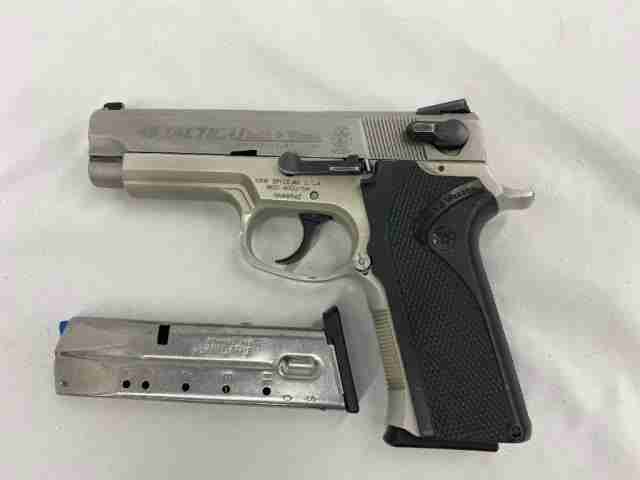 Thirty-one-year-old Euvince McLean, a farmer of May Pen, Clarendon has been arrested and charged for Illegal Possession of Firearm and Ammunition.

This is in relation to a seizure along Water Lane, Bannister in Old Harbour, St. Catherine on Monday, December 13.

Reports from the police are about 2:00 in the morning, McLean was seen sitting in the driver’s seat of a Toyota Corolla motor car.

On the approach of the police he was seen removing an object from his waistband and throwing it at his feet.

The object – a Smith and Wesson point-40 pistol with a magazine containing 24 .40 milli-metre rounds of ammunition was found and seized.

McLean was subsequently arrested and charged.

His court date is not yet finalised.