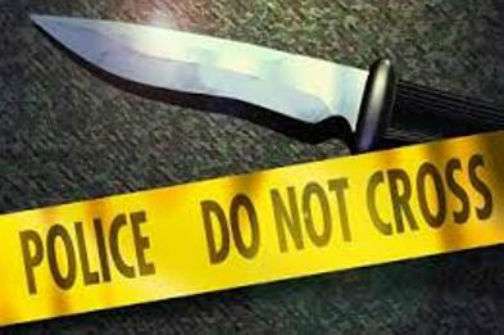 The police have confirmed the fatal stabbing of a man by another man on Lawrence Avenue, in Constant Spring, St. Andrew last night.

The deceased has been identified as 40 year old, plumber, Damian Carter.

He was from Kingston.

Carter reportedly died trying to protect his girlfriend from her ex-partner.

An alleged relative of the woman detailed the ordeal on social media as it unfolded.

When our newscentre contacted the woman’s family today they declined to comment saying they were traumatized and in grief.

But, several tweets today by a user alleging she’s the woman’s sister gave details of the alleged, deadly sequence of events.

The user, Kimberley, alleges that the woman’s ex partner has been harassing her for years.

She claims the scorned ex-partner attempted to spy on her sister several times and turned up last evening. He reportedly attacked her.

Kimberley says she herself could not do much since she was unable to leave her home under the curfew.

In her blow by blow account, she alleged her sister was attacked by her ex as her boyfriend left her at home.

Screams from the distressed woman reportedly alerted her boyfriend. He ran back to the house. He reportedly tried to save her from her ex.

But, the attacker allegedly stabbed him, fatally.

SSP Lindsay says the suspect turned himself in at a location today. He’s now in police custody.