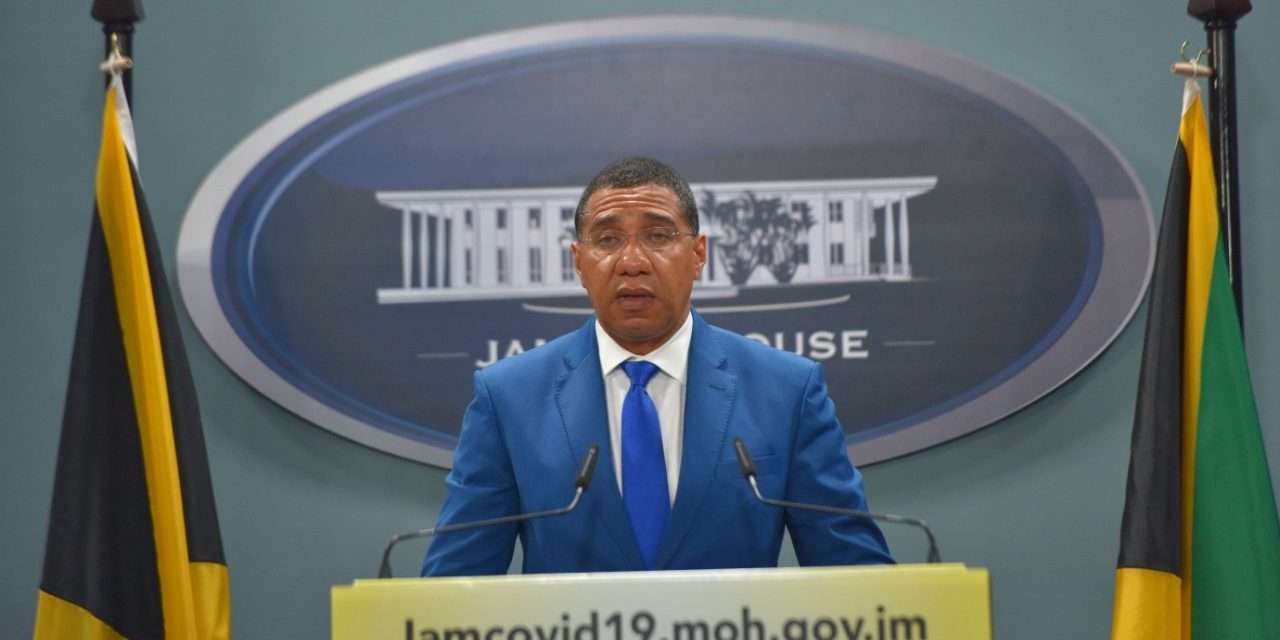 Seven out of every ten Jamaicans approve of the job Andrew Holness is doing as Prime Minister.

While fewer than 4 of every ten Jamaicans approve of the job Dr. Peter Phillips is doing as Opposition Leader.

That’s according to the latest Nationwide Bluedot polls.

70-per cent of those questioned said they either strongly or somewhat approved of the job the Prime Minister is doing.

15-per cent said they strongly disapproved of his job performance, while 7-per cent disapproved.

That’s a total of 22-per cent disapproving of his performance in running the country.

The PNP leader is under water as those approving his job performance are 8-per cent fewer than those who disapprove.

37-per cent of the respondents told the Bluedot pollsters that they either strongly or somewhat approve of Dr. Phillips performance as Opposition Leader.

However, 45-per cent said they either strongly or somewhat disapproved.

The job approval numbers virtually mirror the favourability ratings of both national leaders.

Those viewing Dr. Phillips negatively totalled 30-per cent. 3-percentage points more than those who viewed him positively.

The Bluedot poll was conducted between July 20 and August 6 among 1200 Jamaicans across all 63 constituencies in the country.

They are all registered to vote in the upcoming general elections. The poll has a margin of error of 2.75-percent.