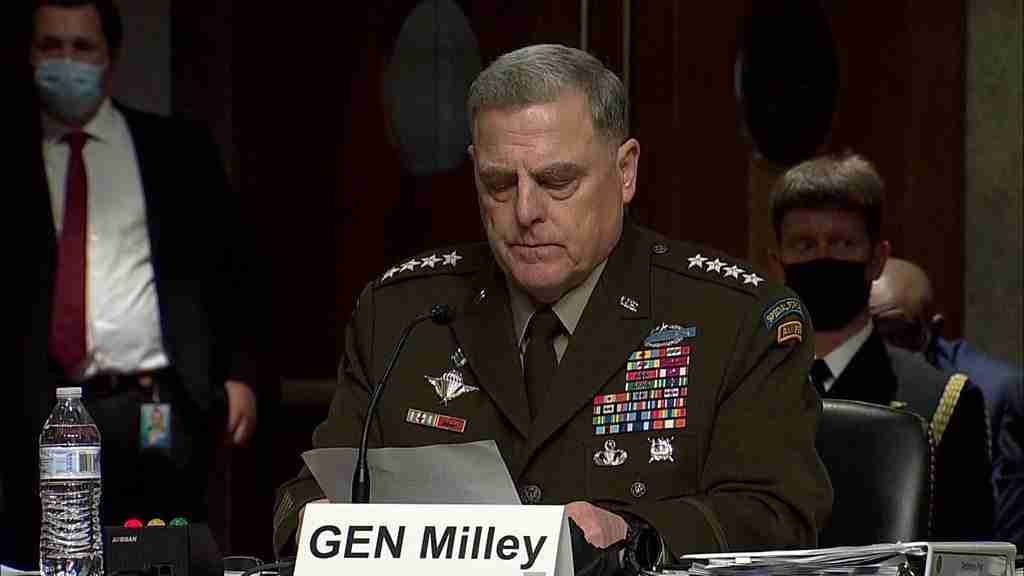 Top US General Mark Milley has warned al-Qaeda terrorists in Afghanistan could threaten the US in as little as 12 months.

General Milley says the Taliban had not broken ties with the group responsible for the 9/11 attacks and remain a terror organisation.

He and Defence Secretary, Lloyd Austin, were questioned in Congress today about last month’s Afghanistan pullout.

The Afghan government collapsed as the Taliban rapidly advanced through the country.

Senator and committee leader, Jack Reed, says lawmakers wanted to understand whether the US “missed indicators” of the government’s collapse.

The US has said it will now move towards counter-terrorism missions.

The hearing, held by the Senate armed services committee, comes weeks after a chaotic withdrawal at Kabul airport as foreign powers sought to get their citizens home and thousands of desperate Afghans begged for rescue.

A suicide attack in August killed 182 people during the withdrawal operation including 13 US service personnel and at least 169 Afghans were killed at the airport gate.