All Eyes on Obama & Castro at Summit of the Americas 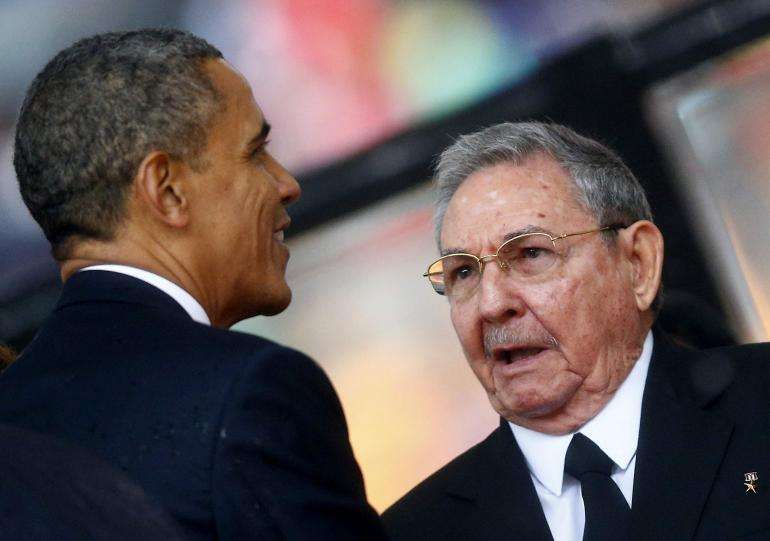 Delegations of 35 nations from North, Central and South America are gathering in Panama for what is being billed as a historic Summit of the Americas.

Jamaica is being represented by a small delegation led by Prime Minister Portia Simpson Miller.

But as we hear in this report from Cecil Thoms, all eyes will be focused on US President Barack Obama and his interaction with Cuban counterpart Raul Castro.

Not only will it be Cuba’s first attendance at the Summit of the Americas , its also the first time former foes Barack Obama and Raul Castro will meet since a recent thaw in relations.

The two shook hands once before, at Nelson Mandela’s funeral in 2013.

But their encounter in Panama is the moment all the photographers gathered here are waiting for.

The length and warmth of their handshake is set to be pored over by analysts for clues as to how their relationship is progressing since the surprise announcement on December 17 that they would seek to re-establish diplomatic ties.

The White House has confirmed that Obama and Castro have already spoken by phone since arriving in Panama City.

The US state department has reportedly recommended that Cuba be removed from its list of states said to sponsor terrorism.

Such a move could pave the way for the two countries to reopen embassies.

It would also pave the way for the easing of financial restrictions on Cuba’s access to loans and aid.

Cuba is one of four countries still on the US list of countries accused of repeatedly supporting global terrorism.

The other three are Iran, Sudan and Syria.

Cuba was first put on the list in 1982 for offering sanctuary to militant ETA Basque separatists and Colombian Farc rebels.

Mrs. Simpson Miller and her team are set to return home on Sunday.

During her absence Water Minister Robert Pickersgill will be in charge of the government.