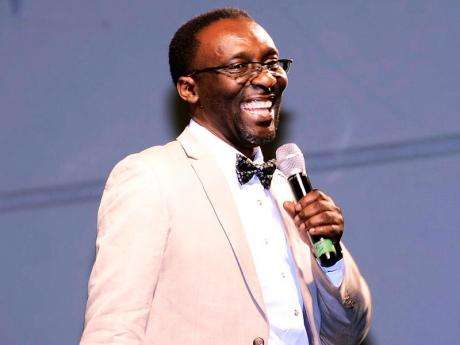 University Lecturer and Comedian, Owen ‘Blakka’ Ellis, is saluting the valedictorian of the 2019 graduating class of the Edna Manley College of the Visual and Performing Arts.

The Theatre and Dance student, Waldane Walker, brought the Jamaican Language into focus when he used a Jamaican expletive to praise his fellow graduates.

In a 28-second video that went viral on social media, Walker congratulated his fellow graduates, telling them to ‘big up uno B-C self’.

Mr Ellis, who’s a lecturer at the institution, saluted the valedictorian for what he described as his creative courage in pulling off an extremely disruptive moment.

He’s also comparing Mr Walker’s bravery to that displayed by cultural icon, Miss Lou, when she started to use the Jamaican language on stage.

Mr Ellis says some stakeholders are calling for Mr Walker to apologize publicly.

Owen ‘Blakka’ Ellis, Comedian and Lecturer at the Edna Manley College of the Visual and Performing Arts, speaking last evening on Nationwide @ 5 with Cliff Hughes and Tyrone Reid.

Meanwhile, Senior Lecturer in the Linguistics Department at the University of West Indies, Dr. Joseph Farquharson, says he understands the valedictorian’s use of the Jamaican expletive.

Dr. Joseph Farquharson, Senior Lecturer in the Linguistics Department at the University of West Indies, speaking last evening on Nationwide @ 5.