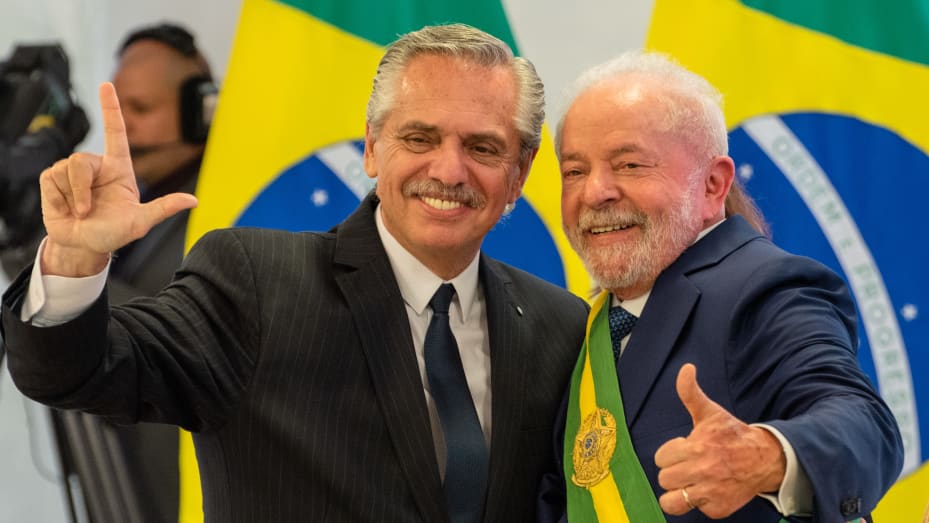 Brazil and Argentina are expected to announce consensus on preliminary work for a common currency this week.

Economists say the ‘Sur’ would aggregate regional trade power and reduce reliance on the US dollar.

Pundits believe both governments will table plans at an upcoming summit in Argentina’s capital, Buenos Aires later this week.

Both governments had proposed the plan in 2019, but opposition from Brazil’s central bank stalled talks.

While campaigning for the Brazilian presidency last year, President Luis Inacio Lula da Silva had said he hopes to see the Latin American currency capable of overcoming the regional dependence on the US dollar.

Brazil and Argentina have invited other Latin American nations to utilize the new currency when available.