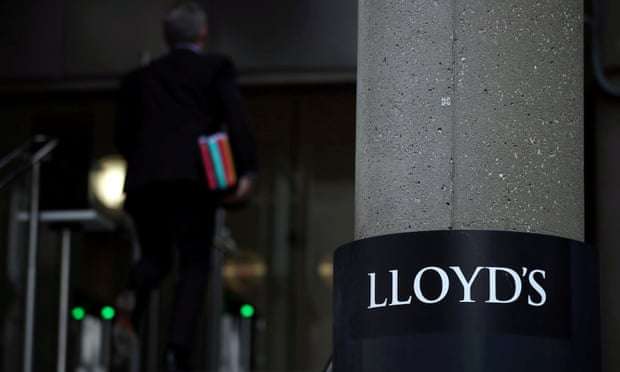 GUARDIAN: When slavery was abolished in the British empire in 1833, the government paid compensation; not to the enslaved people, but to slaveholders such as Simon Fraser, a founder subscriber of Lloyd’s. Photograph: Hannah McKay/Reuters.

Two major British firms have pledged to make reparations to representatives of black people, and those of minority ethnic backgrounds, as they seek to address their founders’ roles in the transatlantic trafficking of Africans and others.

The revelation comes as the Black Lives Matter campaign in the US and around the world intensifies following the murder of African American, George Floyd.

The latest reparation pledges are just two among a number of other efforts in recent times by institutions that benefited directly or indirectly from slavery.

In 2019, a Memorandum of Understanding was signed between the University of Glasgow and the UWI to establish a Centre for Development Research.

Glasgow received significant financial support from people whose wealth was derived, in part, from slavery.

A number of other institutions, including Bristol University and Jesus College in the UK have also established committees to study the possible benefits of their schools from slavery.