Career Game From Devin Booker Sees Off Clippers in Game One of WCF; Hawks Eliminate 76ers 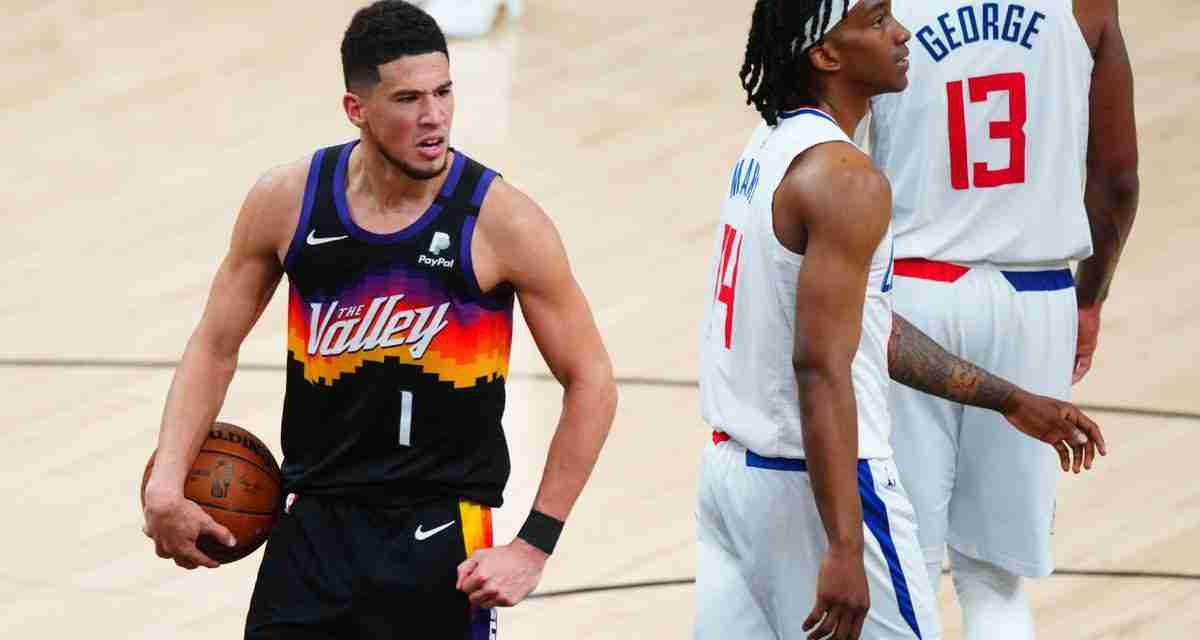 A first career triple-double from Devin Booker helped the Phoenix Suns beat the Los Angeles Clippers 120-114 in game one of the Western Conference finals.

Booker scored 40 points, had 13 rebounds and 11 assists as Phoenix coped with the absence star Chris Paul.

The Clippers – playing in the conference finals for the first time – will aim to secure their Western Conference series against the Suns in game two on Tuesday.

Influential guard Paul, 36, is out for the Suns because of the NBA’s Covid-19 health and safety protocols, while the Clippers’ Kawhi Leonard missed his third straight game with a knee injury.

Paul George top-scored for the Clippers with 34 points.

The Atlanta Hawks will face the Milwaukee Bucks in the Eastern Conference finals.

Atlanta beat the Philadelphia 76ers 103-96 in the deciding game of their best-of-seven semi-final series.

Kevin Huerter scored a play-off career-high 27 points, while NBA All-Star Trae Young finished with 21 points and 10 assists, John Collins had 14 points and 16 rebounds and Danilo Gallinari came off the bench to score 17 points as the Hawks reached their first Eastern final for six years.

They face Milwaukee in game one on Wednesday.