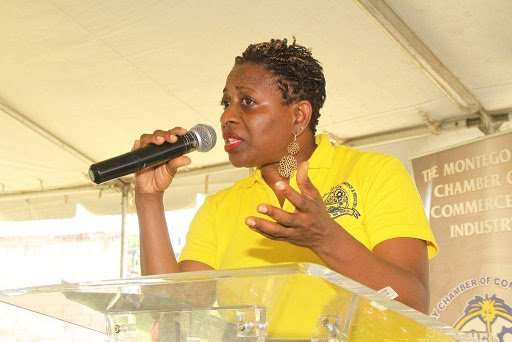 Montego Bay Chamber of Commerce and Industry, MBCCI President Janet Silvera, says the citizens of Montego Bay are being taken for granted.

The Montego Bay bypass construction in St. James that was scheduled to begin this year has been delayed until 2022.

And the Chamber President is not pleased.

The MBCCI president says she wants to know the reason for the delay as work is being done in other parishes.

Ms. Silvera says the project needs to continue this year as planned because there is a build-up of traffic in the city and businesses are being affected.

She is calling on the government to reconsider their decision.

President of the Montego Bay Chamber of Commerce, Janet Silvera.

While the plans for the bypass are still being finalized, its budget has been adjusted downwards from 3-point-8 billion to 3-point-2 billion dollars.