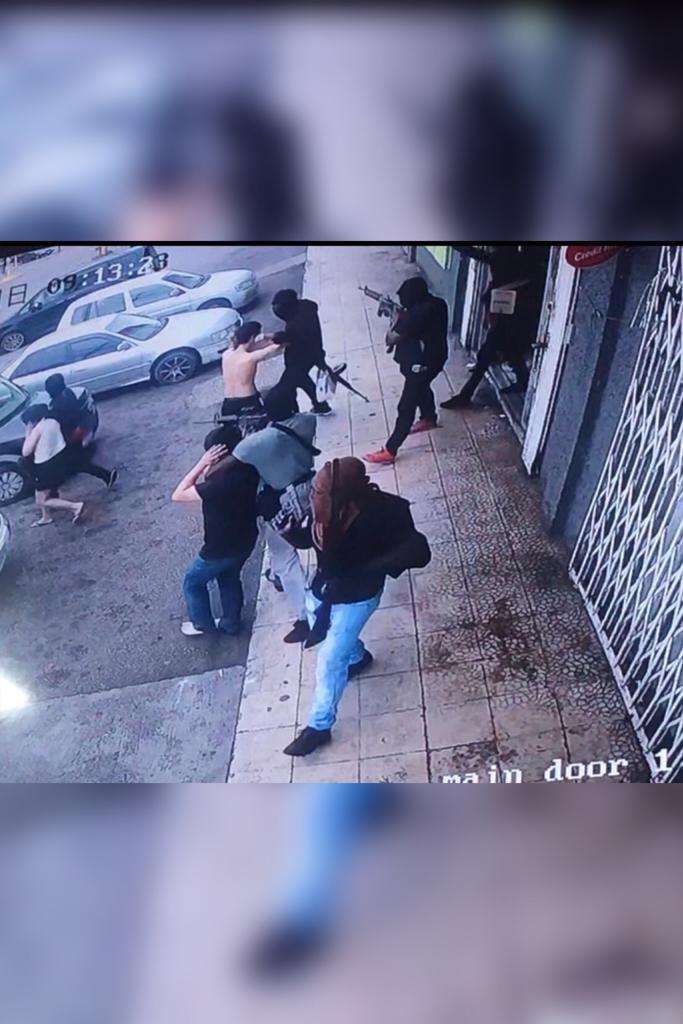 Two members of the Jamaica Constabulary Force, JCF, remain in hospital this morning after being shot by men who were reportedly on a robbing spree in Clarendon.

Eye witness reports say there was sustained gun fire between the Policemen and the robbers for some 15-minutes.

The brazen daylight shooting occurred while the gunmen held civilians and the operators of a supermarket hostage.

The shooting incident occurred about 9:15 yesterday morning on Main Street in the Guinep Tree area of May Pen.

According to preliminary accounts from the Police, one of the Policemen was on foot patrol while the other was on mobile patrol.

The Police say two cars with several men aboard, armed with high powered weapons, who were on a robbery spree, opened gunfire at the service vehicle which is on loan to the May Pen Police Station.

The Police say the Policeman in the service vehicle who was the observer, received gunshot wounds to the face and right shoulder.

His colleague who was on foot patrol, challenged the men and was shot in the abdomen, buttocks and groin.

Another Policeman who came on the scene was also challenged and his vehicle shot up.

The Police say one of the getaway vehicles, a white Toyota Probox crashed along Howard Avenue in May Pen. Both injured policemen were taken to the hospital.

Another eye witness recorded the gunshots as he tried to escape from the scene.

The eye witness says there was sustained gunfire for about 15- minutes.

He says following the shooting, the men used the operators of the supermarket as human shields to escape.