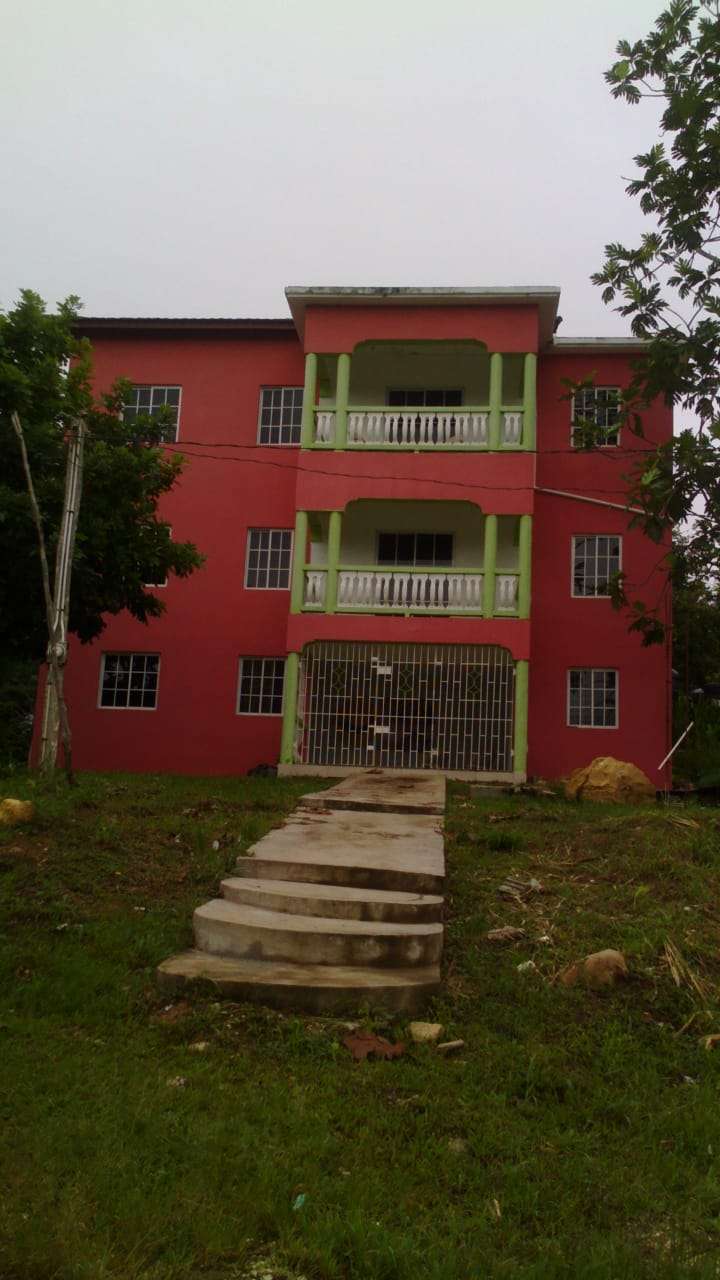 There’s a looming conflict this afternoon over the ownership and use of the building which is intended to house the Accompong Central Solar Reserve Bank in St. Elizabeth.

The Colonel of the Maroon Village, Fearon Williams has declared ownership of the building.

The building, which is intended to be owned by the people of Accompong, was built on lands owned by the Colonel’s family.

The Bank is also expected to house a private living area.

This revelation has come as a total surprise to the Bank Governor and primary financier of the institution, Chief Timothy McPherson.
Tauna Thomas reports

Nationwide’s Patria-Kaye Aarons recently got a first hand look of the three storey Bank in the rural Maroon village.

The Colonel, who was her tour guide, informed her that the Bank was built on lands owned by his sister.

The facility is expected to operate as a commercial space.

However Colonel Williams told Nationwide News there were also bedrooms and a living room.

So where will the banking operations take place?

These arrangements and room designations were a complete surprise to the Bank Governor, Chief McPherson.

Meanwhile, Colonel Williams says the Bank is a gift to him and not the people of Accompong.

Colonel Williams says when he isn’t in a leadership position any longer or has died the building will pass down to his family.