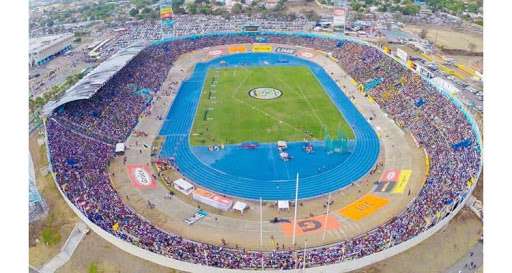 A day after the Health Ministry pulled the plug on Jamaican teams participating at this year’s Penn Relays in the United States, a decision was made today to cancel the 2020 ISSA/Grace Kennedy Boys and Girls Athletics Championships scheduled for March 24-28 at the National Stadium.

The decision marks only the second time Champs will not be staged.

The championships started 90 years ago in 1910.

When Health Minister Dr. Christopher Tufton announced at his special press briefing yesterday that the fate of Champs 2020 would be decided at a special meeting of the various stakeholders on Wednesday, many feared that the most anticipated sports event in the country would become the latest to fall prey to Coronavirus, and so it proved.

It took two meetings, one at the Ministry of Health and the other a Conference call to arrive at the decision.

The decision could not have been an easy one, not when Champs has survived everything since its first staging in 1910, except for one, it took the second world war to force the cancellation of the event in 1944, still the only time it has not been held.

Teddy Pryce who is known more for his role as superintendent foster on local television sitcom Royal Palm Estate has not missed a Champs since 1964 when he competed for and won a hurdles gold medal to his over 25 years as an announcer at the event.

For him this is a major let down but one that he fully understands.

Ed Wallace also did over 20 years an announcer at the meet and he too can’t imagine a year without Champs.

We tried unsuccessfully to make contact with the key stakeholders who were involved in the meeting today, calls to some went unanswered, the others refused to comment at this time