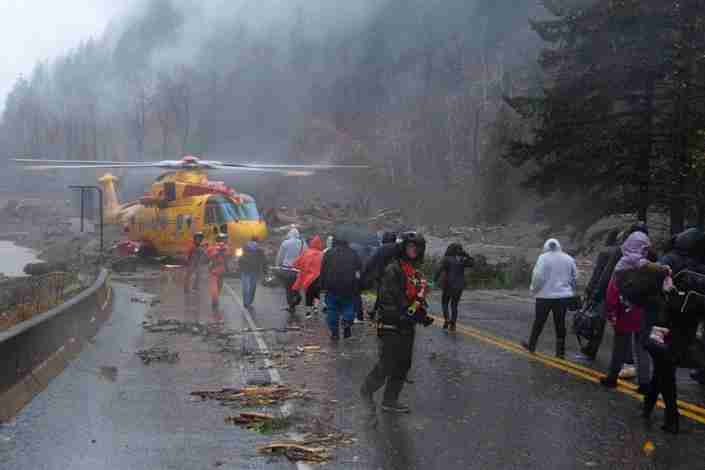 A deadly storm described by officials as a once-in-a-century weather event has severed road and rail links around Vancouver, Canada.

Two motorways connecting the West Coast city were closed after being damaged by severe flooding.

Thousands of people were forced to leave their homes due to the massive storm, which struck on Monday.

A woman was killed in a highway landslide, and rescuers say at least two other people are missing.

The woman’s body was found 155 miles from Vancouver, according to the Royal Canadian Mounted Police.

The provincial minister of transportation, Rob Fleming, told a news conference it was the “worst weather storm in a century”.

Thousands of homes in British Columbia were evacuated after an “atmospheric river” dumped the region’s monthly rainfall average in just 24 hours.