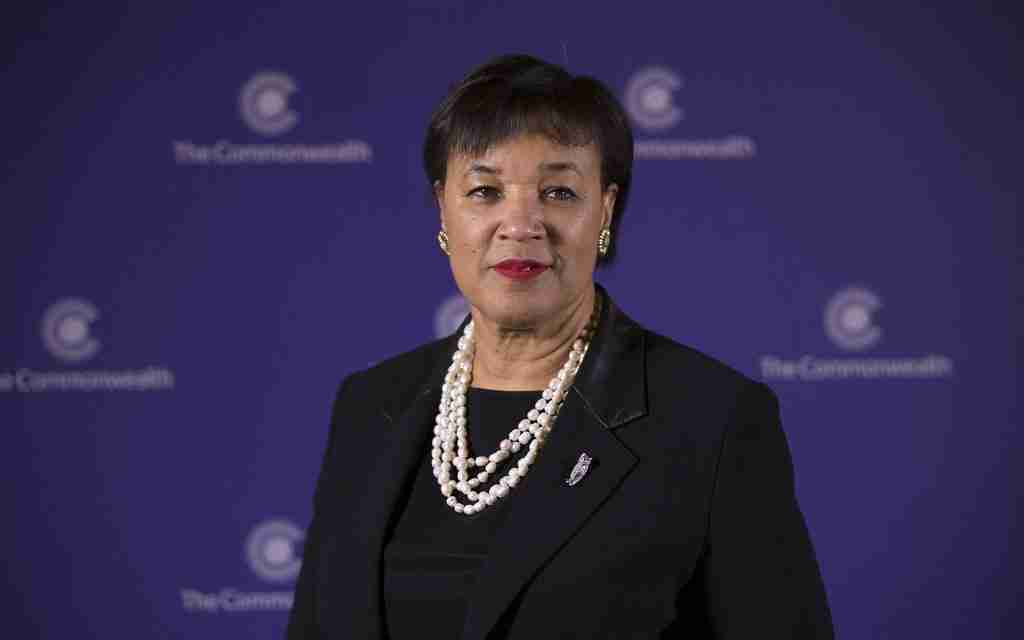 BBC – Secretary General of the Commonwealth, Baroness Patricia Scotland, is involved in a bitter dispute with the organisation’s 54 member states – only days before she asks them for a second term of office, the BBC has learned.

The Commonwealth Secretariat – the administration led by Lady Scotland – is reportedly suppressing an independent review of its finances that is understood to contain criticisms of the way it has been run.

Kevin Isaac, chairman of the Commonwealth Board of Governors – which represents all member states – said the decision by the secretariat to withhold the report was “an affront” to the board’s authority.

A spokesman for the secretariat said it had factual concerns about the report.

In a letter, seen by the BBC, Mr Isaac, who is High Commissioner of St Kitts and Nevis in London, writes: “The secretariat’s decision to bar the chair access to the report is an affront to the mandate given to the chair by the board.”

He adds: “The chair regrets and challenges the position taken by the secretariat which demonstrates an indifference to the board’s oversight authority”.

The dispute comes as Commonwealth heads of government prepare to gather this week in Rwanda for a summit where they will decide if they want Lady Scotland to have a second term of office.

Jamaica’s foreign minister, Kamina Johnson Smith, is standing against the Labour peer and has the public backing of seven member states, including India and the UK.

UK Foreign Secretary Liz Truss told MPs on Tuesday the UK was backing Ms Johnson Smith “to ensure that the Commonwealth delivers for all its members in areas such as trade, investment and defending democracy”.

Earlier this year the Commonwealth Board – which takes decisions on behalf of heads of government in between summits – asked Lady Scotland’s secretariat to commission an independent review into the way the organisation was financed.

According to Mr Isaac’s letter, addressed to all 53 other Commonwealth governors, the review was designed to advise on “how to put the secretariat on a more sustainable financial footing”.

Some Commonwealth member states have reduced the amount of money they give to the secretariat, with total funding for the body falling over the past decade from about £50m to about £30m.

Global accountancy firm Ernst & Young was commissioned to carry out the review and its report was finally delivered to the secretariat on 1 June. But since then the secretariat has refused to share the report with the board.