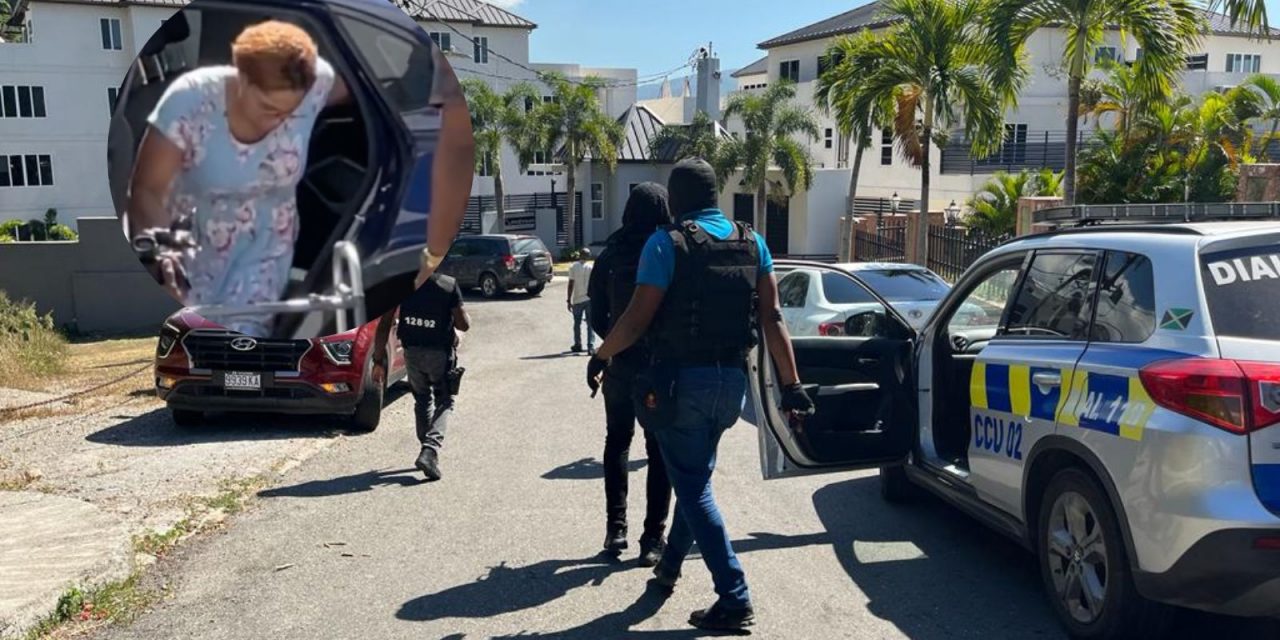 Police have ended their search of an apartment unit believed to be owned by the woman at the centre of the multi-million US dollar fraud rocking Stocks and Securities Limited, Jean-Ann Panton.

The police search lasted four hours. It began at 12:30 Friday afternoon and ended at 4:30.

Ms. Panton has provided a sworn statement outlining how she stole millions of dollars from customers.

It’s understood that the police seized several items, including cell phones and documents, as they attempt to build their case.

The quiet, peaceful atmosphere of an upscale apartment complex nestled in the hills of Upper St. Andrew was disturbed Friday afternoon. Police vehicles both marked and unmarked arrived in a column shortly after mid day.

Police in uniform and civilian dress, some wearing balaclavas and armed with short barrel rifles, piled out of the vehicles and entered the premises.

Confused residents of the complex emerged from their apartments curious as to what was unfolding. However, the police were only interested in one unit located at the back of the complex.

They cordoned off the area and escorted the media group off the compound.

It’s understood the former stocks and securities manager, Jean-Ann Panton, was escorted to the property to witness the police search. A video on social media shows an ailing Ms. Panton assisted from a vehicle using a walker.

Panton has already provided a sworn statement, confessing to have stolen millions of dollars from over 40 people.

However sprint king, Usain Bolt, who is said to have lost almost US $13 million was not among the victims she named. While police have come and gone from the property they remain tight lipped as to what they’ve found so far in their search.

In a fraud case that has already been described as unprecedented, only time will tell what the final toll will be for the victims.